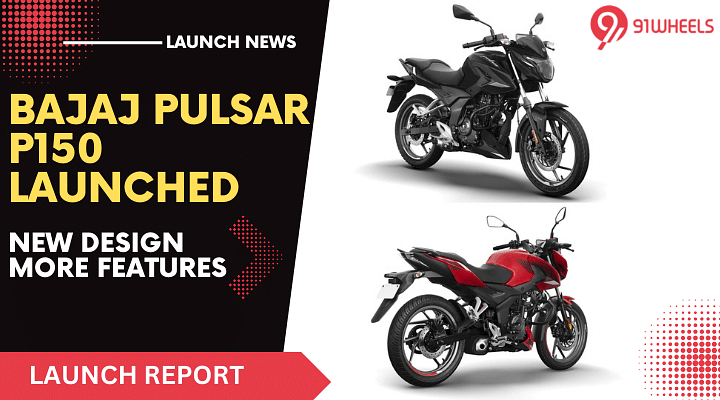 2022 Bajaj Pulsar P150 has launched in India for Rs 1.16 lakh. The new Pulsar variant endorses a new design language as well as features.

Bajaj Auto has launched yet another two-wheeler in India. The 2022 Bajaj Pulsar P150 is now on sale for Rs 1.16 lakh. The new P150 has expanded the Pulsar range even more. The new bike is available in two variants and different colour options. Additionally, it also gets a new design along with more features. Read the complete details below.

There has been news floating around for months now about a new Pulsar. However, the launch of the P150 has taken off the wraps on this new product. The new Pulsar P150 is different from the usual. It gets a brand-new design that seems a bit inspired by the Pulsar N160. However, there are a lot of similarities to the current Pulsar lineup as well.

Firstly, the headlight has a body-colored cowl and a tinted visor atop. Additionally, the engine belly gets a body-colored splash guard. The rear end also has the famous twin-stripe LED taillights. Bajaj offers the P150 in 2 variants - Single Disc & Double Disc. The single disc variant is on sale for Rs 1,16,755 ex-showroom Delhi. It gets a flat tubular handlebar, a single-piece seat, & a tubular pillion grab rail.

The second variant is the twin-disc, which is for Rs 1,19,757 ex-showroom, Delhi. This variant gets a clip-on handlebar, split-seat setup, & twin aluminum grab rails for the pillion. Meanwhile, the rest of the features are the same for both variants. It gets a semi-digital instrument cluster with MID as well. Bajaj is offering it in a total of 5 colour options. These options include - Racing Red, Caribbean Blue, Ebony Black Red, Ebony Black Blue, and Ebony Black White.

The engine is a tried and tested 149.68cc, single-cylinder, air-cooled unit. It makes 14.5 bhp of peak power & 13.5 Nm of peak torque. As per the company, 90 percent of the torque is available throughout the RPM range. It is claimed to be the most tractable engine in its segment from Bajaj.

The new Pulsar P150 has increased the lineup of the Pulsar range in India. Customers looking for premium looks and an efficient commuter can opt for the P150. Its main rivals in India are - TVS Apache RTR 160 2V, Hero Xtreme 160R, & Yamaha FZ-FI. 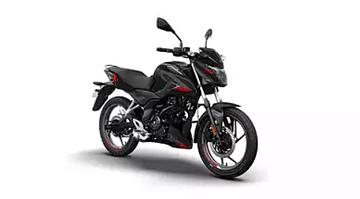