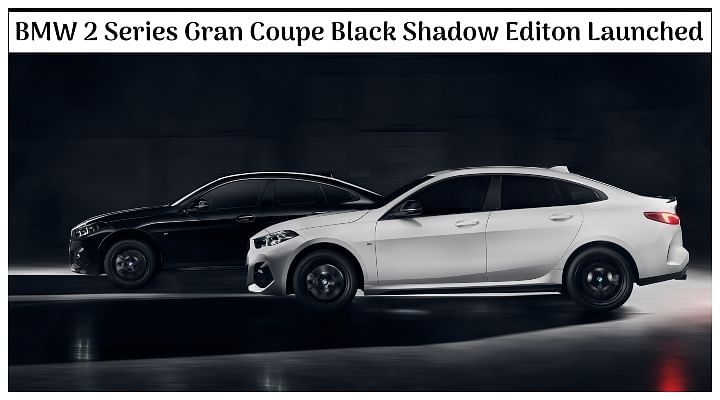 Talking about the changes in this new exclusive edition of the car, so it gets purely cosmetic updates. What sets this new Black Shadow edition of the 2-Series Gran Coupe apart from the regular variants of the car is the special individualization content from the BMW Individual high-gloss shadow line package along with BMW 'M' Performance parts worth 2.50 lakh rupees. It gets a high-gloss black mesh-style M front grille that lends a dynamic look to the car. Then, we have stylish black exterior mirror caps and black chrome tailpipe finishers that enhance the sporty rear view of the car. It also gets BMW 'M' Performance rear spoiler in a high-gloss black shade that adds an attractive touch of visual flair to the car.

The new Black Shadow Edition of the 2-Series Gran Coupe gets 18-inch 'M' Performance Y-Spoke forged wheels in Jet Black Matt shade that again adds to the sporty visual appeal of the car. Talking about the colour options, the new BMW 2 Series Gran Coupe Black Shadow Edition will be available in two exciting colour shades. They are Alpine White (non-metallic) and Black Sapphire (metallic). The upholstery of the car will be available in Sensatec Oyster and Black shades. As already mentioned before, this new Black Shadow Edition of the 2 Series Gran Coupe has been priced at Rs. 42.30 lakhs, Ex-showroom pan-India and it will be limited to just 24 units only. Moreover, this exclusive edition will be only available online at BMW's shop (shop.bmw.in) from December 7, 2020, onwards.

This new exclusive edition of the BMW 2-Series Gran Coupe doesn't get any mechanical changes and just like the regular variants, it is also available in the 220d guise only. It is powered by a BS6-compliant 2.0-litre TwinPower Turbo inline-four diesel engine. This oil-burner churns out 190 PS of maximum power and 400 Nm of peak torque. The engine comes mated to an 8-speed automatic transmission. However, unlike most other BMW cars, the 2-Series Gran Coupe is based on BMWs front-wheel-drive (FWD) architecture and the tranny channels the power to the front wheels only. Being a BMW, it is loaded with features up to the gills. It gets a very well-appointed cabin and the interior layout resembles most other BMW cars.

Commenting on the launch, Mr Vikram Pawah, President, BMW Group India said, "The first-ever BMW 2 Series Gran Coupe perfectly blends the comfort of a sedan and the sportiness of a coupe. The new 'Black Shadow' edition with BMW 'M' Performance parts offers an excellent athletic edge which further enhances the sporty character of the car in all aspects. Designed with a focus on dynamics, it demonstrates powerful uniqueness tailored to suit the requirements of motorsport enthusiastic customers. Available in limited units, the 'Black Shadow' edition offers our discerning customers an exclusive opportunity to own the latest BMW four-door coupe."

Talking about the regular variants of the new BMW 2-Series Gran Coupe, so the base Sport Line variant is priced at Rs. 39.30 lakhs while the M Sport version is priced at Rs. 41.40 lakhs, Ex-showroom pan-India. What are your thoughts on this new BMW 2-Series Gran Coupe Black Shadow Edition? Do share your opinions with us in the comments section below. You can also join our 91Wheels Auto Enthusiast Telegram group (click via mobile to join) curated exclusively for the fans, enthusiasts and the owners. Further, subscribe to our YouTube channel for more such amazing motoring updates. 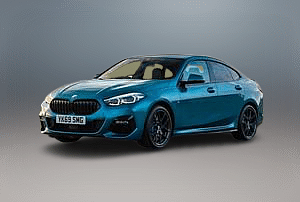