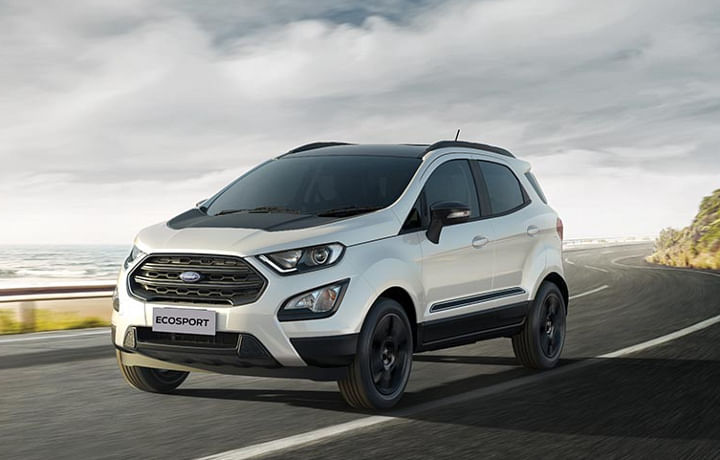 As per the latest media reports, the Titanium S trim of the Ford EcoSport will soon get a bunch of new updates. The updates on the sub-compact SUV will be limited to cosmetic overhauls and it will now get some new features too. For starters, the Titanium S trim of the EcoSport will now get a slightly revised front fascia with a reworked front bumper and daytime running LED lights placed below the headlights. The compact SUV is said to feature new alloy wheels too and at the rear, it will get new revised LED taillights.

On the inside, the EcoSport Titanium S trim will now get a new touchscreen infotainment system, however, its connectivity details aren't known at the moment. The mechanicals of the SUV will remain the same as before. It will be powered by a BS6 compliant 1.5-litre naturally-aspirated petrol engine. This petrol motor churns out 122 PS of power at 6500 RPM and 149 Nm of peak torque at 4500 RPM. The engine comes mated to a 5-speed manual gearbox and it gets a 6-speed torque converter automatic transmission too.

The EcoSport also gets a BS6 compliant 1.5-litre turbocharged diesel engine. This oil-burner churns out 100 PS of maximum power at 3750 RPM and 215 Nm of peak torque between 1750-2500 RPM. The engine comes mated a 6-speed manual gearbox only. What are your thoughts on the upcoming new Titanium S trim of the EcoSport? Do feel free to share your opinions with all of us in the comments section below. You can also join our 91Wheels Auto Enthusiast Telegram group (click via mobile to join) curated exclusively for the fans, enthusiasts and the owners. Further, subscribe to our YouTube channel for more such amazing motoring updates. 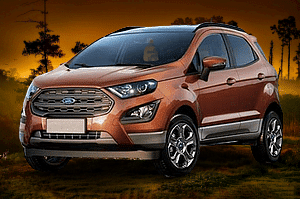