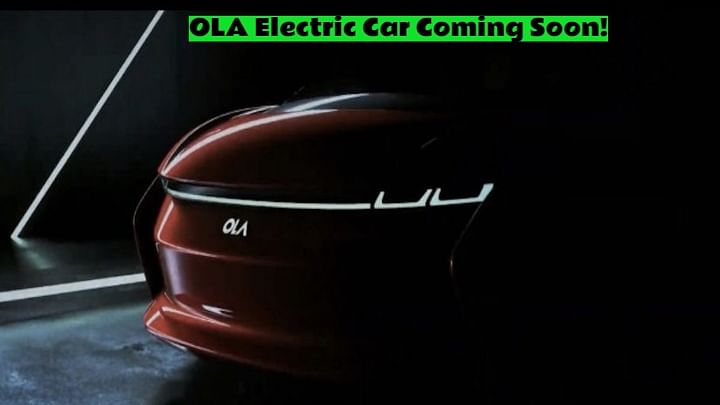 Ola electric sedan is teased for the first time. The EV is said to launch by 2023. Ola will also launch an electric SUV soon after the D-segment sedan.

EVs are on fire everywhere. And by fire, we intend the pun. Siding the humor, here is news to cherish. Ola electric sedan has been teased for the first time. The teaser was shown at the annual 'Ola Customer Day' event. The teaser showcased the partial images of the upcoming D-segment electric car.

While the company is still working day & night to deliver the Ola S1 Pro & Ola S1 e-scooters; a new era is taking shape alongside it. As shared by the company CEO over the social media handle, the pixelated photo of the upcoming car on a blue screen went viral recently. According to the reports published on the internet, the new EV car is a D-segment sedan.

As seen in the teaser images, the upcoming car design elements are readily available. The front embraces a wide connected LED lightbar with illuminated OLA emblem. The roof line design resembles that of a coupe while the rear endorses the similar connected LED taillight design as that on the front.

There is no solid information available about the current status of the car development. But, as claimed by the CEO himself, the upcoming electric sedan can see the roads by 2023. Ola is also said to be developing an electric SUV that is scheduled to launch soon after the sedan. Additionally, Ola is currently working on a new e-scooter which will be less costly & possess long-distance riding range.

Internet reports are also indicating that the sedan will focus on long-distance driving range. Hence, a 70-80 kWh battery pack is expected to feature in this upcoming car. Even the new e-scooter that we talked about, is said to come with a kick-starter. This will be first of its kind of e-scooter once it get launched.

Ola will unveil the details of this sedan on the upcoming 15th August 2022. The estimated launch time & future product launch information is expected to be shared then. Till then, enjoy these teaser photos of this upcoming EV.

Some of the rival cars to OLA car will be - Tata Nexon EV Max, MG ZS EV. 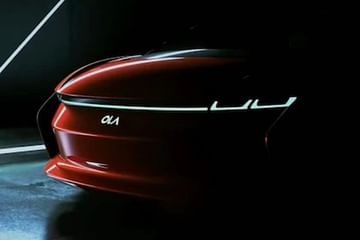 Car is a Sedan car from OLA Electric. OLA Electric Car is expected to be launched at a price of Rs. ₹ 10.00 Lakh in Indian automobile market.