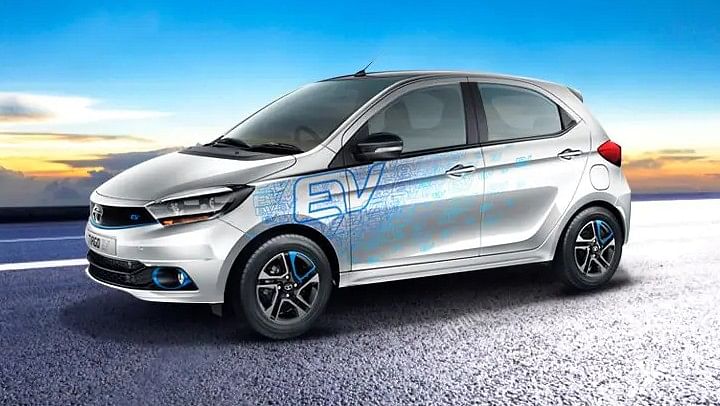 The EV segment in India is booming and 2022 will witness some exciting new launches. Check out the list of these compiled cars

The EV segment has witnessed exponential growth in the last few years, including the Indian markets too. Automobiles like the newly updated Nexon EV and the just-launched Tata Tigor EV, are some of the prime examples. Even premium manufacturers like Audi have completely sold out their first lot of e-Tron EVs.

Such trends in the market have given automakers the opportunity to further expand this segment. And 2022 will see quite the number of new EV launches, which also makes it an important year. Below here is the list of EV cars that will launch next year. The list covers both premium models, as well as affordable ones, as well.

Starting off the list with one of the most anticipated releases, the Mahindra eKUV100 concept debuted during the Auto Expo 2018. This new model has an expected launch in December 2021, but given the semi-conductor crisis, it may turn over into next year. The eKUV100 is going to have an expected price tag of Rs. 8.25 lakh. It will boast a 40 kWh battery that will put out 54 Ps and can help do 147 km on a full charge. It is based on the ICE KUV100 which is priced between Rs. 6.08 lakh- Rs. 7.74 lakh.

The Mahindra XUV300 Electric is based on the XUV300, and just like the ICE version, the EV SIV will also be high on safety. The design of the EV will remain similar, with obvious upgrades like a special LED headlight unit with blue graphics, and a new redesigned closed grille at the front. The interior will also get a new floating-style infotainment screen, which will help differentiate the electric XUV300/400 from its gasoline counterpart. It is expected to have a starting price of Rs. 18. Lakhs. It will come equipped with a 30.2 kWh battery that will power an electric motor which in turn will produce 127 hp. The setup is comfortable for a full range of 300 km, but expect real-world numbers to drop. The XUV300 Electric/ XUV400 is expected to launch sometime in early-2022 or mid-2022.

After scoring a phenomenal 5 stars in the NCAP crash tests, the ALFA-ARC platform will see its first battery powertrain with the Tata Altroz EV. This model is expected to launch in March 2022. The exterior design will remain the same except for the small aqua-colored bits, like the one we found in the Tata Tigor EV. However, the Altroz EV will come with a bigger battery at 30 kWh that will be good for 300 kms of range. The power output will be at 95 kW, and it will have an expected price tag of Rs. 14.00 lakhs.

Also Read: Tata Punch Vs Tata Altroz Comparison - Which One to Pick?

Maruti Suzuki will also enter the affordable EV segment with an electrified version of their most popular WagonR. The new model will come with a new design altogether, and it might also see its Toyota counterpart ( courtesy of the Maruti Suzuki-Toyota partnership). The WagonR Electric is expected to launch early in 2022. It will be powered by a 50 kWh battery that is good for 200 kms of range. Its price is expected to start from Rs. 8 lakh onwards.

The Tiago EV will be the EV version of the Tiago. It is expected to launch in December 2021, with a tentative starting price of Rs. 6 lakhs. It will boast a 30 kWh battery that will power the electric motor for 40 bhp. The Tiago EV is expected to have a range of 213 km, and it can carry 5 people on-board.

The Ziptron EV powertrain is currently available with the Tigor EV and Nexon EV. It has been unanimously appraised for its linear acceleration and long-range. Bringing back the Sierra badge will make some enthusiasts nostalgic, especially those who have been a fan of the transparent roof rack. The Sierra EV will be an all-electric SUV that is expected to launch early in January in 2022. Power will be produced from a 30.2 kWh battery, which is good for 168 Ps of power, and 312 km of range. It is expected to have a starting price from Rs. 14 lakh.

The Maruti Suzuki Futuro-e is expected to launch in Indian in February 2022.  It will have a tentative price tag from Rs. 15 lakh and onwards. The coupe-styled performance model will be powered by an 83 kWh battery that is good for 300 hp of power output. The bigger battery will help give it a range of 500 km. The Maruti Suzuki Futuro-e boasts a new global design language, that the marquee unveiled in the 2020 Auto Expo.

After conquering foreign shores, the Nissan Leaf will finally launch in India with Nissans acclaimed ProPilot safety assistance system. It will come with Nissan's autonomous driving capability. It is expected to hit the showrooms in February 2022.  The Nissan Leaf will be powered by a 30 kWh battery that is good for 107 Ps of power and 240 kms of range. Prices are expected to start from Rs. 30 lakh and it will compete against the likes of the Hyundai Ioniq, Audi e-tron, and the BYD E6.

The Renault K-ZE will be the electrified version of the Renault Kwid that is already in production in the Chinese market. This small hatchback is expected to hit the Indian shores in March 2022. It will come powered by a 26.8 kWh battery that will be good for 44 Ps of power. This setup can help the K-ZE do 350 kms on a full battery.

Also Read: Everything You Need To Know About How An Electric Vehicle Functions

The ORA iQ is another electric SUV that is currently in production in the Chinese market and is expected to hit the Indian market this December 2021. However, the launch date might postpone to early 2022.  This electric SUV will be priced at Rs. 20. Lakh and will come equipped with a 46.57 kWh battery. The power output of the ORA iQ is rated at 163 bhp and it has a range of 150 kms.

Chinese automobile company Haima is expected to enter the Indian market in collaboration with another company called Bird. This electric hatchback named the EV1 was expected to launch in 2021, but it has been delayed until 2022. It will have a starting price range from Rs. 10. Lakh, with 2 battery options. Theres a 20.5 kWh option that is good for 200 kms of range and a 28.5 kWh battery that is good for 300 km.

Mercedes-Benzs EQ series of EV cars have been received quite well in the automotive scenario. The German marquee already launched the EQC in India, and this will be followed by the new EQA, the electric SUV in Mercs A-class line-up. The EQA is expected to launch in the first half of 2022, with an expected price tag of Rs. 60 lakhs. It will be powered by a 66.5 kWh battery that can produce 190 Ps of power. With this battery, the EQA can do 426 km of range.

The ORA R1 is another entry-level hatchback from GMW which was expected to launch in India in 2021 but got postponed. The ORA R1 will be powered by a 28.5 kWh battery that is good for 48 Ps of power and 300 kms of range. This small hatchback will be based on the ME Platform.

The Volvo XC40 Recharge was initially scheduled for launch in India in 2021. But it go delayed until 2022. The exact date of launch hasnt been fixed as of yet, but the XC40 will be launched as a Completely Built Unit (CBU), and it will be the fourth premium EV in India, after the Mercedes-Benz EQC, Jaguar I-Pace, and Audi e-tron/e-tron Sportback. The XC40 Recharge will be based on the same CMA Platform as the ICE-powered XC40. It will be powered by a 78 kWh battery that powers 150 W electric motors placed on the front and rear axle. This mill produces 402 hp and 660 Nm of torque and can do 418 km of range in a single charge.

The Renault Zoe electric car is the companys bestselling EV in France, Germany, Italy, Spain, and Portugal. Renault also showcased at the Zoe at the 2020 Auto Expo, and since then, many test mules have also been spied being tested on our roads. The Zoe EV will be powered by a 26 kWh battery that will drive a 45 hp electric motor and is expected to have a range of 200 km. When launched the Zoe will have a tentative price range between Rs. 7.00 lacs to Rs. 9.00 lacs.

The BWM i3 is a B-segment hatchback with a high roof. The i3 is the entry-level car for BMWs I sub-brand and was also the marquee's first mass-produced vehicle with zero emissions. This rear-wheel-drive hatchback is powered by a 33 kWh battery pack that puts out 184 Ps of power and 250 Nm of torque. The i3 can do 280 km of range on a single charge.

The above is a complete list of all the upcoming Electric Cars In India in 2022. What do you think about the list, and which one are you most excited about? Let us know in the comment section. Do join our 91Wheels Telegram and 91Wheels Whatsapp group to know more about vehicles, conduct discussions on your favorite ride, and much more! Also, you can subscribe to our Youtube channel for video content on the latest from the world of cars and motorcycles. Also, connect with us on Facebook, Instagram, and Twitter for more about vehicles! 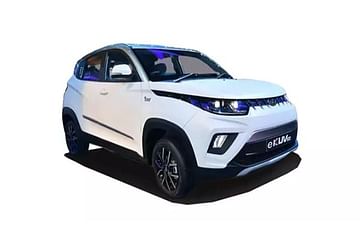 eKUV100 is a Hatchback car from Mahindra. Mahindra eKUV100 is expected to be launched at a price of Rs. ₹ 10.00 Lakh in Indian automobile market.