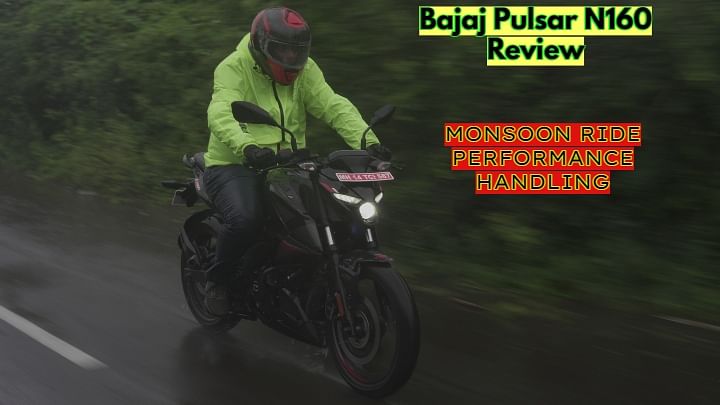 Bajaj Pulsar N160 was launched a few weeks back. We recently tested it in the wet & beautiful monsoon weather for every aspect. Read our detailed review of its ride, handling, and performance.

It's been 21 years since Bajaj launched the most iconic motorcycle in India. The Pulsar brand revolutionized the Indian motorcycle segment. All thanks to the aggressive looks, performance-packed engine, and amazing fuel economy package. Even after such a long stint the Pulsar brand manages to survive and grow in the market. Adding to this testament, Bajaj has added a new iteration to the brand lineup. The 2022 Bajaj Pulsar N160 is here and it's supposed to be more refined, more fuel economical, and more engaging to ride.

Launched at Rs 1.23 lakh (ex-showroom), the enticing price drove us to Pune, Maharashtra to ride and feel this new-gen Pulsar. We deeply tested the new Pulsar on its home turf in the brutal yet beautiful Maharashtra monsoon. Read till the end for every detail that affects your buying choice regarding the Pulsar N160.

Not long ago, Bajaj introduced the N250 and F250 Pulsar siblings in India. Both of them incarnated a new design that helped in the evolution of the Pulsar brand. The N160 is more or less the same as the N250 Pulsar. It is based on it technically as well as cosmetically.

A new headlight that gained popularity via the N250, comes fitted as it is in the N160. It features dual-LED DRL 'angle eyes' that have been carried forward from the older Pulsars. Additionally, a single projector LED makes way for the main beam. The light works brilliantly and the visibility in the monsoon was top-notch as well.

One thing that we immediately noticed was the amazing build quality of the N160. Bajaj has been notoriously famous for poor plastic quality, but this is not the case here. There are no panel gaps, and the use of hard plastic at places like the front mudguard and belly pan feels more like metal. We feel thankful that Bajaj has ironed out the build quality flaw from the Pulsar brand.

The fuel tank is made of metal while most of the rivals offer plastic fuel tanks. Kudos to Bajaj for making the N160 more premium over the rivals. The seat is wide and long but the front slant makes you slide often towards the fuel tank during hard braking.

The rear end is also made of the same quality and the bike overall feels well built. Pulsar has been loved for its dual split LED taillights, and the N160 features the same. The taillights look strikingly beautiful and aid rider visibility, especially in bad weather like the heavy monsoon we experienced.

Speaking of the features, the instrument panel is a semi-digital console. It has a small MID that is clear and easy to read. It displays all the necessary info like the 2 trip meters, average fuel economy, instant fuel economy, gear indicator, and even an upshift indicator. The tachometer, however, is an old-school analog that shall be loved by the cult Pulsar fans. Sadly, there is no Bluetooth connectivity like the rival TVS RTR Apache 160 V4. But, there is a charging socket placed at the tip of the fuel tank.

Speaking of the rider experience first, the overall mix of ride and handling is just brilliant. The rider triangle is sorted and the low-set handlebar will not get you tired even after a long stint of riding. The footpegs and the seat height (which is 795 mm) are all designed to keep you on the comfortable side. Whilst most of the Pulsars were designed to provide a sports bike feel, the N160 is not inclined towards that.

The engine is a 164.8cc, single-cylinder, air-oil cooled unit. It makes a peak of 16 PS of power and 14.65 Nm of peak torque. Bajaj claims that the N160 is tuned for city riding which is visible from the go. The engine is very silent and refined no Bajaj bike has ever been so. There is ample low-end torque and the throttle response is utterly crisp.

Yes, the crisp throttle helps in the traffic though but it takes time to get used to it. It becomes irritating in bumper-to-bumper traffic to keep a tab on the throttle response. It's that good actually. Most of the power lies between 3,000-5,000 RPM. Once you cross the 6,000 mark, the engine starts getting out of breath. Additionally, we felt a buzz in the handlebars and even on the fuel tank during the ride at higher RPMs like 7,000+.

The engine is very tractable though as you can use the 5th gear at almost 35 kmph. There is no knocking which is again a new surprise for the Pulsar. One can easily pull the bike from as low as 40 kmph to 70-80 kmph without any downshifting. The cruising speed comes around 75-85 kmph. After that, it starts getting strained and uncomfortable. The handling of the bike is very confident and one will never feel scared or indecisive due to the brilliant overall setup.

The brakes are icing on the cake. The front 300 mm single disc and the rear 230 mm single disc have been calibrated perfectly. Due to the brakes, we were so confident to ride the N160 above 60-70 kmph in the monsoon. The N160 is offered in two ABS modes - single channel and dual channel. We had the dual channel and it worked flawlessly.

Bajaj is claiming that the new N160 has been specifically designed to cater to the city buyers. The main idea was to make a Pulsar with the premiums of N250 and the fuel economy of a 160cc bike. As a result, the Pulsar N160 claims to provide more than 47 kmpl of fuel economy.

While we could not test the tank-to-tank mileage figures (planned soon); we did keep an eye on the MID for it. After riding through continuous Pune rain, strong winds, slush, and lots of water crossings; the N160 showcased 38 kmpl on the display. This was after 120 km plus of riding along with a 100 kg rider weight.

Apparently, the lightweight of the Pulsar N160 does showcase a few downers at times. If you are riding in strong weather like monsoons, the crosswinds tend to move the nimble N160 a lot. In fact, the movement becomes so strong at times that the bike starts deviating while riding.

Priced between Rs 1.23 - 1.28 lakh ex-showroom, the Bajaj Pulsar N160 is one of the most value-for-money bikes in the segment. We loved the premium build of the bike and the amazing torque that makes up for easy riding. While the segment rivals offer more features like Bluetooth connectivity or different riding modes; the N160 sticks to the man & machine connection.

With a brilliant product on its hands, we are left confused about the N160. It's got every required thing to make the buyers feel weak in their knees but then comes a new question. Will you, rather than buy the N160, purchase the N250? Because it's only Rs 20,000 pricier and offers the same premium feel with more top-end performance.

Well, let us know your views in the comment section down below. Make sure you see our video review (here) before you go ahead buying the new N160. 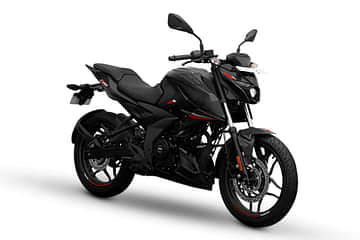