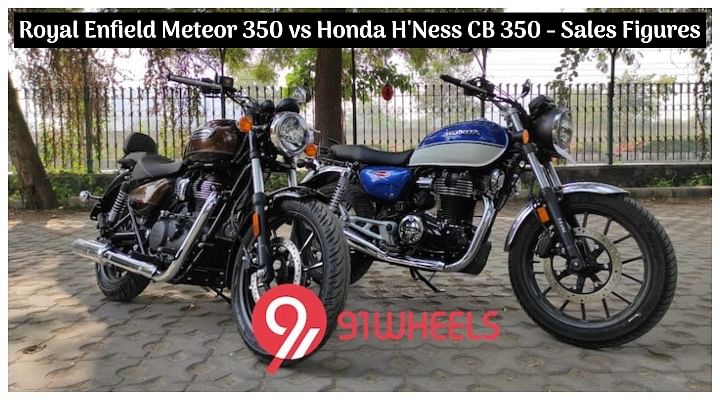 The retro cruiser motorcycles are very popular in the Indian market and Royal Enfield has always been considered as the king of this segment. But, in September this year, Honda surprised everyone by launching the all-new Honda H'Ness CB 350 which has been developed specifically for the Indian market. The new Honda H'Ness CB 350 is the first sub-500cc retro cruiser from this Japanese two-wheeler manufacturer in the country. There was a lot of buzz around this retro motorcycle but things got even more exciting when Royal Enfield launched the all-new Meteor 350. Currently, both these retro motorcycles are the talk of the town! So, today in this article, we will be comparing the sales figures of the all-new 2020 Honda H'Ness CB 350 vs the new Royal Enfield Meteor 350 BS6!

Madras-based Indian two-wheeler manufacturer launched the new Royal Enfield Meteor 350 in the country on November 6, 2020. The new Meteor 350 is unlike any other 350cc motorcycle we have ever seen from Royal Enfield. It is an all-new motorcycle and gets a new chassis, new engine, macho look, loads of features and much more. Talking about the Honda H'Ness CB 350, so it was launched in India on September 30, 2020, but the official prices were revealed on October 9, 2020. Now, before we begin with the sales comparison, let me remind you that while the new RE Meteor 350 is sold via the regular Royal Enfield dealerships which are spread across the length and breadth of the country, the new Honda H'Ness CB 350 is sold via the company's premium BigWing dealerships only which are very limited in number. Thus, the sales figures of the new H'Ness CB 350 takes a big hit.

Now, as you can see in the above table, in the first month of launch, Honda managed to sell 1,290 units of the H'Ness CB 350. Then in November 2020, the two-wheeler manufacturer registered a massive MoM growth of 215 per cent and managed to sell 4,067 units of the motorcycle. Now, talking about the Meteor 350, it was launched in November 2020 and in the first month of launch, Royal Enfield managed to sell 7,031 units of the Meteor 350 which is really impressive. The sales figures of the H'Ness CB 350 are comparatively lower than that of the new Royal Enfield Meteor 350 as the premium Honda BigWing dealerships aren't as widespread as RE dealerships. Once, Honda manages to expand its BigWing dealerships in the tier-II and tier-III cities of the country, it might bring a huge chunk of sales for the company in India.

Finally, talking about their prices, so the all-new 2020 Honda H'Ness CB 350 BS6 is available in two variants - Deluxe and Deluxe Pro and they are priced at Rs. 1.85 lakhs and Rs. 1.90 lakhs respectively. The price of the new Royal Enfield Meteor BS6 starts at Rs. 1.75 lakhs for the base Fireball variant. The Stellar variant is priced at Rs. 1.81 lakhs and the top of the line Supernova variant is priced at Rs. 1.90 lakhs. All the prices stick to Ex-showroom Delhi. Now, between these two retro motorcycles, which one will be your pick? Do feel free to share your thoughts and opinions with all of us in the comments section below. You can also join our 91Wheels Auto Enthusiast Telegram group (click via mobile to join) curated exclusively for the fans, enthusiasts and the owners. Further, subscribe to our YouTube channel for more such amazing motoring updates. 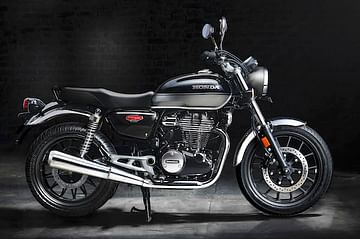