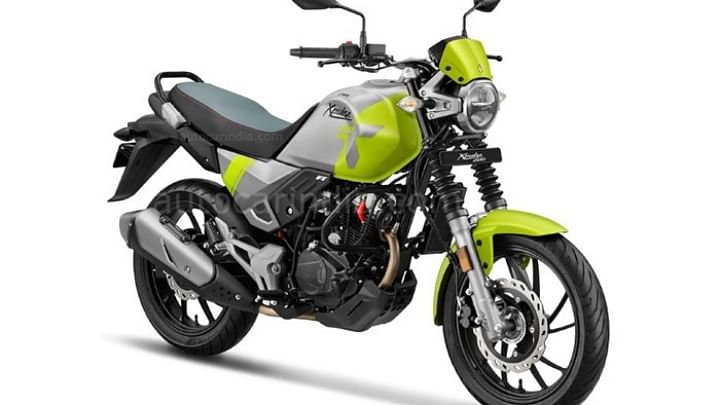 2022 Hero Xpulse 200T launch is just around the corner. The official photos of the upcoming bike have leaked online showcasing cosmetic & technical changes.

Hero is soon going to update its Xpulse bike in India. A recent image leak of the 2022 Hero Xpulse 200T has come into limelight. The online leaked photos show the cosmetic and technical changes of the new bike. Hero is expected to launch the new Xpulse in coming weeks.

A recent photo of the upcoming bike recently got viral on social media. The bike was spied during the official TVC shoot. Now, the latest leaked images are from the studio shoot showcasing a lime green colour bike. The new model will receive cosmetic changes along with mechanical upgrades.

For starters, the front design now embraces a different angle. The headlight has been placed below when compared to the older model. There is a small flyscreen as well which profoundly covers the digital instrument console. The front forks have received a gaiter kit as well.

At the rear, the pillion grab rail is now more functional and tubular shaped. Hero has also added a new belly pan with a wide design. It now covers the exhaust pipe and the catalytic converter behind it. The oil cooler also seems to have gained a bigger size.

The red valves seen on the updated bike hints for the 4V technology. This could possibly mean that the upcoming 200T will get the same engine as that of the Xpulse 200 4V. This engine is a 199.6cc, single-cylinder unit and makes 19.1 PS of peak power. The transmission is a 5-speed unit with bigger sprocket for linear power delivery.

However, the official details will only come along with the launch of it. We suspect that the new 200T will be launching in coming weeks. The price will go higher due to added technology and new design. The rivals of it include - Bajaj Pulsar NS200 & TVS Apache RTR 200 4V. 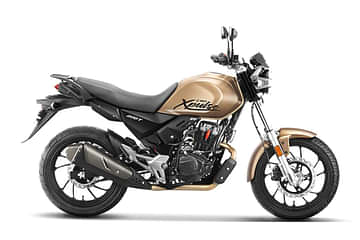