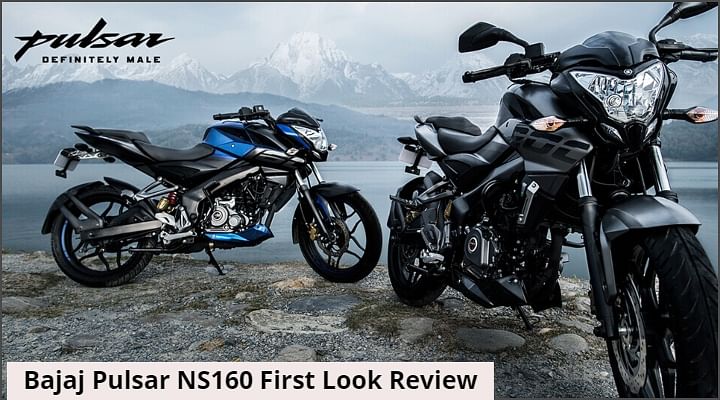 Bajaj Auto launched the stripped-down, smaller capacity version of the NS200 in the Indian market by the name of NS160. This one had a narrower rear tyre, a smaller rear disc brake and of course less power. However, the sales of the NS160 were quite a hit, making it one of the powerful motorcycles in the segment. In this first look review of the Bajaj Pulsar NS160, we share its every detail!

Launched back in 2017, this one shares its styling with the NS200 but gets a 160cc oil-cooled engine. Like its elder sibling, this one had a few cost cutting measures like smaller rear tyre, no rear disc brake, smaller front disc brake, swingarms and among other things.

It continues with the aggressive styling from the NS200 and to differentiate itself from its sibling, it gets a 160 design bearing on the tank. A naked sports bike with a hidden exhaust in the body gives it a unique look.

Bajaj Pulsar NS160 gets a 4 stroke, SOHC 4 valve, twin spark, oil-cooled DTSi-FI engine which makes 17.2 PS and a peak torque of 14.6 Nm. These figures are extremely good when compared with other 160cc offerings like the TVS Apache RTR, Hero Xtreme 160R etc.
The bike's engine is mated to a five-speed manual gearbox. Suspension-wise it gets telescopic with anti-friction bush at the front while the rear gets nitrox mono-shock absorber with Canister. The fuel tank capacity of the bike is 12 litres is gives it a real world riding range of about 400km.

Both the front and rear tyres measure 17-inch and are tubeless. This one gets alloy wheels as standard. The Bajaj Pulsar NS160 gets twin disc and the front measures at 260 mm while the rear sticks to 230 mm. This set-up is very much standard in the segment now.

Also Read: Bajaj Pulsar 150 First Look Review - We Tell You Why It Is The Best

Feature-wise it gets digital speedometer and odometer, DRLs, electric start, digital fuel gauge, shift light, clock and among others.

The bike is sold in three colour options and in a single variant which is priced at Rs 1.07 lakh. This price sticks to ex-showroom, Delhi. The NS160 rivals with the likes of Honda CB Hornet 160R, Suzuki Gixxerr and TVS Apache RTR 4V. 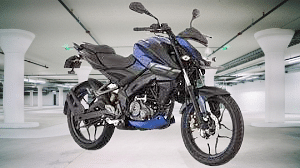