Nissan has finally stepped its shoes into the compact SUV segment and much to our surprise, it is the most affordable in the Indian Automotive Industry right now. Yes, the base version that is the XE is launched at a surprising Rs 4.99 lakh, ex-showroom, Delhi. The price is such that it even keeps some premium hatchbacks off the bay for a while. We thought of comparing the features of Base Nissan Magnite vs Tata Altroz XE and see which one should you pick for yourself! Please note that the prices of Nissan Magnite will be Rs 5.54 lakh post-January 1, 2021.

Before we go any further and bring you all the details regarding the features comparison of Base Nissan Magnite vs Tata Altroz XE, make sure you are a member of our exclusive 91Wheels Telegram group where we bring you all the latest updates from the Indian Automotive Industry.

There is no doubt that the Tata Altroz clearly excels in the safety department because of the 5-star crash rating at the Global NCAP. Tata Altroz also comes with corner stability control while the Nissan Magnite reserves itself with the Anti-roll bar and rear defogger. Also, both cars come with standard safety features as you can see from the table above.

We Indians love cars with updated features and both the base versions of these cars are fairly equipped. While the Nissan Magnite excels with the all-four power windows, front, rear headrests and rear wiper, Tata Altroz makes its way with the drive modes, central locking, umbrella holder and the larger LCD display in the speedometer console. Both the cars get manual AC and tilt-adjustable steering wheel.

Dimensions of both the cars

The rise of SUVs in the Indian market is an all-time high and with the launch of Nissan Magnite at a starting price of Rs 4.99 lakh shocked several carmakers too. Dimension-wise, Nissan Magnite wins the competition single-handedly. It is longer, wider and taller than the Altroz and also takes on the bumpy roads easily because of the 205 mm ground clearance as opposed to the 165 mm found in the Tata Altroz. Also, 16-inch wheels are found in Magnite as compared to the 15-inchers in the Altroz. While Nissan Magnite loses out on the smaller boot space but wins the competition with its 50 kg load carrying capacity, thanks to the roof rails.

In terms of power and figures, both the cars get a three-cylinder naturally aspirated petrol engine. The 1.2L of Altroz generates 86 PS with 113 Nm of peak torque while the Magnite churns 72 PS with 96 Nm of peak torque from a 1.0-litre unit. The ARAI certified fuel efficiency sticks to 19.05 kmpl for the Altroz nd 18.75 kmpl. The 40-litres fuel tank capacity of Nissan Magnite takes an edge of Tata Altroz's 37 litres one.

The new Nissan Magnite XE is cheaper but provides decent features over the Tata Altroz XE. The engine of the Magnite can be a no factor for some but for Rs 4.99 lakh you get a compact SUV for yourself. So which one of the two will be your pick? The base version of Nissan Magnite or the Tata Altroz? Do let us know in the comment section below and also subscribe to our 91Wheels YouTube channel where we bring you the latest two and four-wheeler videos 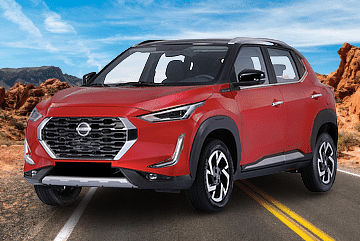