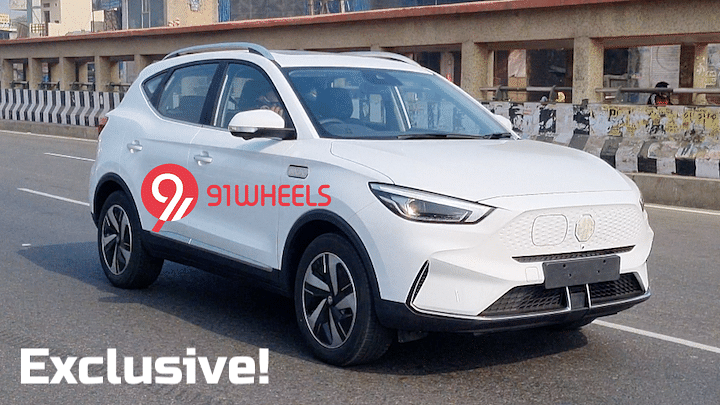 The MG ZS EV is one of the most VFM and practical offerings in the segment and continues to draw strong attention in the market. The British carmaker introduced the ZS EV a couple of years ago in India and since then, no major styling updates were made to the car. However, there were strong rumours about the launch of the new ZS EV facelift in the first half of 2022 and the car was recently spotted by team 91wheels. Here are all the exclusive photographs and other details that you would want to check about this car.

For starters, the MG ZS EV gets an updated front fascia that now looks a lot more modern and elegant. In addition to this, the car also gets a new bumper while the rear of the car features a new taillight design while the rear too bumper now sees a major change. Other major updates include the addition of LED headlamps, DRLs, and a new alloy wheel design. The new headlamps are similar to those seen on the Astor - ditto for the new LED tail lamps. These now look way better. Likewise, the new alloy wheels design is good, though the tyre size remains unchanged. The test mule was wearing Michelin tyres.

Also Read: MG Motors To Introduce Two New Electric SUVs By The End Of This FY

Apart from this, the new 2022 MG ZS EV facelift is also expected to offer a long list of features including ADAS, and a 360-degree camera. On closer inspection, we could see the sensors for ADAS in the lower part of the new bumper. The images also reveal other features like a front camera, a large panoramic sunroof, etc.

Other major changes include a new and updated cabin that now gets a new dashboard layout, revised climate control switches, and a new and better touchscreen infotainment system. Needless to say, MG will be offering the new ZS EV with an extensive features list to appeal to a wider range of buyers. It is however worth noting that this version on test did not have an auto-dimming IRVM while the sunroof seems to be bigger than before.

Having said this, this new iteration of the ZS EV is not expected to offer any major mechanical changes or spec updates but it can only be confirmed once we get more details about the car. In its current form, the MG ZS EV offers a 143 PS electric motor that is powered by a 41kWh battery pack. It is however expected that MG may offer the larger, 51kWh battery pack with the MG ZS EV facelift as seen on the global variants.

Also Read: MG ZS EV is Now Available in 31 Cities - Check Out Is Your City in the List!

Join our 91Wheels Telegram and 91Wheels Whatsapp group to know more about vehicles, conduct discussions on your favourite ride and much more! Also, you can subscribe to our Youtube channel for video content on the latest from the world of cars and motorcycles. Also, connect with us on Facebook, Instagram, and Twitter for more about vehicles! 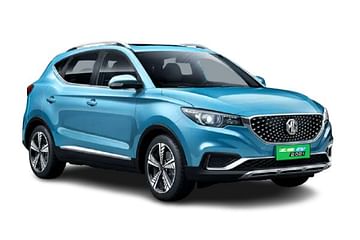