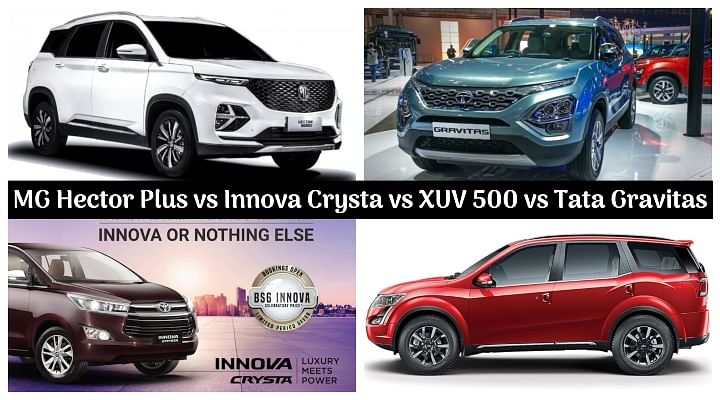 The Indian Car Buyers now generally prefer SUVs over sedans or regular hatchbacks. Currently, we have an abundance of SUVs in the market in the sub-20 lakh price bracket, but there is a problem. Most of them are just five-seaters and couldn't fit a big family. If one wants to make sit seven people at once in an SUV, that's only possible with the Mahindra's or else one has to get an MPV. However, soon buyers will have a lot of options to choose from as a lot of seven-seater SUVs will be launched in the country. And so, in this article, we will be doing a spec-comparison of the upcoming MG Hector Plus vs Toyota Innova Crysta vs Rivals which include the Mahindra XUV 500 and the Tata Gravitas.

Mahindra XUV 500 gets a 2.2-litre mHawk diesel engine that pumps out 156 PS of power and 360 Nm of peak torque. It currently comes mated only to a 6-speed manual gearbox but Mahindra will soon introduce the 6-speed torque converter automatic unit too. Tata Gravitas is a seven-seater version of the Tata Harrier and will share its powertrain with it. It will get the same Fiat-sourced 2.0-litre diesel engine that delivers 170 PS of power and 350 Nm of peak torque. The engine will come coupled to a 6-speed manual and a 6-speed Hyundai-sourced torque-converter automatic gearbox.

If we talk about petrol engines, out of the four cars in our comparo, only two are powered by gasoline. MG Hector Plus will get a 1.5-litre turbocharged petrol engine that churns out 143 PS of power and 250 Nm of torque, mated to a 6-speed manual gearbox. It will also get 48-volt mild-hybrid variant just like the regular Hector that pumps out identical power & torque figures but will come mated to both a 6-speed manual as well as a 6-speed dual-clutch transmission (DCT).

Toyota Innova Crysta also gets a 2.7-litre petrol engine that delivers 166 PS of power and 245 Nm of torque. Like the diesel variants, it also comes mated to a 5-speed manual and a 6-speed automatic transmission. Mahindra XUV 500 earlier used to get a petrol engine but now in the BS6 era, it has been discontinued. That said, Mahindra and Tata could introduce petrol engine in XUV 500 and Gravitas respectively at a later point of time.

So, this was a quick specification-based comparison of the upcoming MG Hector Plus vs Toyota Innova Crysta vs Rivals. Which among these is your favourite? Tell us in the comments below. 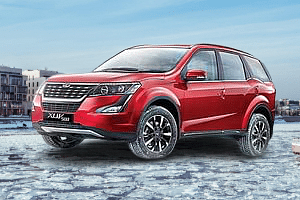