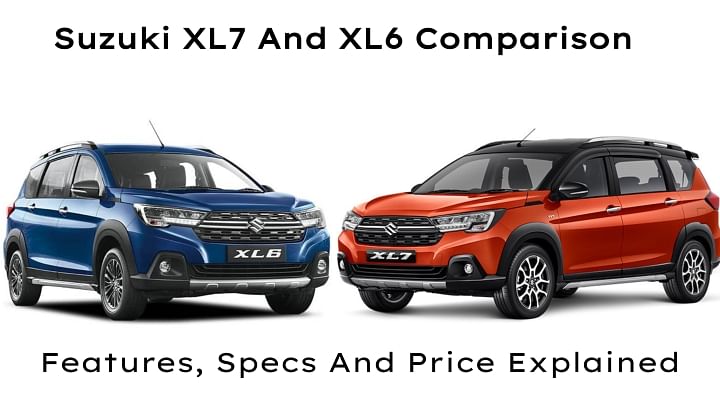 Maruti XL6 has been faring exceptionally well in the Indian market due to its unique design elements and features. The vehicle provides a premium level of comfort and has a significant new design that sets the bar high. This modern feature-loaded machine has the power to evoke people's interest and hence, it is the practical choice.

At the pinnacle of success with the XL6, it is only natural for Suzuki to showcase a big brother sort of entity to the people of Indonesia. So, they showcase an identical version of the Indian XL6- the XL7, a 7-seater version of its Indian Sibling. As of now, it is believed that this vehicle is expected to roll in India by the end of 2022.

The Suzuki XL7 looks similar to the XL6 however is larger in size. The XL7 gets minor differences in features, however, it retains the same design as the Maruti XL6 in India. The XL7 gets premium looking machine-cut multi-spoke alloy wheels, door visors and a rear upper spoiler with an integrated stop lamp similar to the XL6. The Suzuki XL7 gets an orange and black paint scheme which is unfortunately not available in the Indian Spec XL6.

The interior of the XL7 comes in an all-black design and is similar to the Indian spec Maruti Suzuki Ertiga as is the same case with the XL6. However, the difference between the two is in the second-row seating. The XL6 gets captan seats whereas the Indo-spec XL7 comes with bench seats.

The XL7 is also larger in size compared to the Indian-spec XL6. The XL7 is 5mm longer and 10mm taller than the XL6 and has a bigger boot space. The XL7 gets 153 litres of boot space with all the seats upright and 803 litres with the second and third-row seats folded. This is considerably larger in space compared to the Ertiga which falls in the same segment.

The Suzuki XL7 will be available in Indonesia in Zeta, Beta and Alpha variants similar to the India-Spec XL6. LED headlamps with DRL, LED rear taillights, roof rails, 16-inch alloy wheels are the exterior features that come standard with this variant of the XL7. As for the Interior, an 8-inch touchscreen infotainment system with Apple CarPlay and Android Auto, carbon fibre design elements on the dashboard, power outlets in the first and second row and a centre armrest in the second row are to be featured. The XL6 too gets similar features however, lacks carbon fibre elements on the dashboard. The Indian-spec XL6 gets a wooden finish on the dashboard as an alternative.

On the safety front, the XL6 and XL7 get a similar safety equipment package. Both these vehicles get ABS with EBD, dual-front airbags, rear parking sensors, a rearview camera and ISOFIX child seat anchorages as standard.

Under the hood, the Suzuki XL7 comes well equipped with the 1.5-litre K15B petrol engine which is familiar to us. It is the same powertrain that powers the Maruti XL6. It is a 1462cc motor that generates 104bhp of power and 138Nm of torque. As for the transmission, The XL7 gets two tranny options. The XL7 comes with both 5-speed manual and 4-speed torque converter automatic gearbox options.

The following are the details regarding the price at which the XL7 is sold in Indonesia:

The following are the details regarding the price at which XL6 is sold in India:

NOTE: The price of the Suzuki XL7 is clearly not aggressively allotted when compared to its Indian sibling, However, this is just a round figure and what one could expect in terms of pricing if the XL7 is sold in India.

What do you think about the Suzuki XL7 vs Maruti XL6 comparison we have here? Do you like the XL6 or XL7? Please tell us your thoughts in the comment section below. Also, join our 91Wheels Telegram and 91Wheels Whatsapp group to know more about vehicles, conduct discussions on your favourite ride and much more! 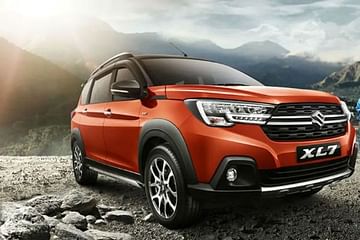