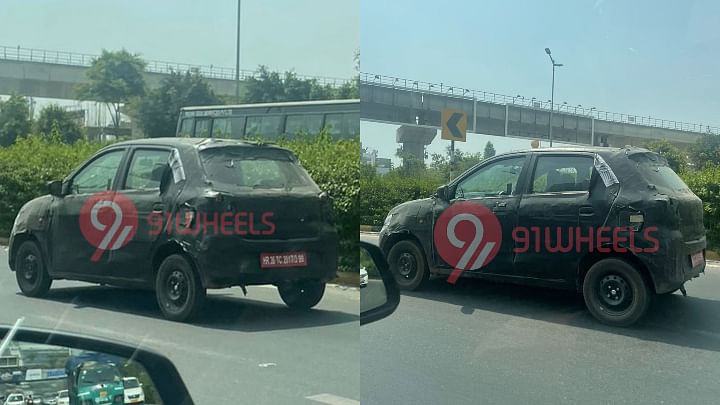 The upcoming 2022 Maruti Suzuki Alto 800 was spied on a test run around Delhi. We pitch you through our exclusive spy shots and the new details of the car.

All thanks to our vivid follow Mr. Vidit Jain who spotted the upcoming 2022 Maruti Suzuki Alto 800 on a test run around Delhi. These spy shots have helped us get more details about the upcoming generation of India's favorite car.

As we've done stories in the past covering the news that the Maruti Suzuki is developing the new-gen Alto 800 in full swing; the new spy photos showcase that the car is nearing its production stages.

As per the visible details in the photos, the camouflaged test mule bears a completely new design that was already anticipated in the automotive world. The spy pics reveal a completely new front design which seems to be inspired by the recently launched new Celerio hatchback. The smiling-fascia design is visible even through the camouflage along with the new set of headlights and a wide front grille embedded in the new front bumper cleanly.

The side profile of the test mule shows that the new-gen Alto will feature a big glass area which may translate into a more airy cabin experience. The overall design is definitely bigger than the current-generation Alto. The test mule was running on blacked-out steel rims which may be featured in the mid as well as base-variants once the car is launched. Apart from this, the tail-light design seems to be more stretched out now; as the hump in the camouflage over the rear-left fender suggests.

The rear profile of the car indicates to us, that, the new-gen Alto will feature a completely redesigned rear as well. The rear-windshield glass appears to be bigger in dimensions, and so does the rear bumper. The boot lid is now more outer-side carved and the rear looks more uplifted overall as compared to the current-gen car. Yes, the tail-lights are new but suspect whether they'll be LED units or not.

A slight view of the dashboard also indicated to us that the upcoming Alto will get a reworked dashboard design with styling cues taken from cars like the S-Presso micro-SUV and the new Celerio as well. We wish the inside was more visible through the spy shots but the confirmation of an all-new design suggests that the cabin will also be treated with new layout.

Technically, it is widely anticipated that the new-gen Alto will feature a more refined and more efficient version of the tried and tested 796cc, 3-cylinder petrol motor. This engine will be treated accordingly to tackle the stricter emission norms of the future. The 5-speed manual transmission will find its way underneath the bonnet too, but sources over the internet suggest that an AMT automatic gearbox is also under development. This may be to lure the automatic buyers who have increased considerably in the past. Maruti Suzuki will also launch the 1.0-Lt K10 variant later to the car after the launch of the new-gen Alto.

Drop us a comment down below about what you think of this upcoming 2022 Maruti Suzuki Alto 800. Also, make sure you subscribe to the 91Wheels YouTube channel and do become a member of the 91Wheels WhatsApp group for regular automotive updates. 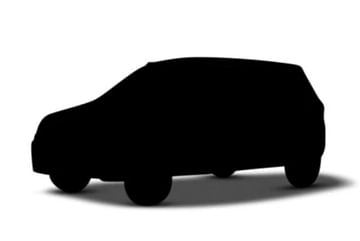