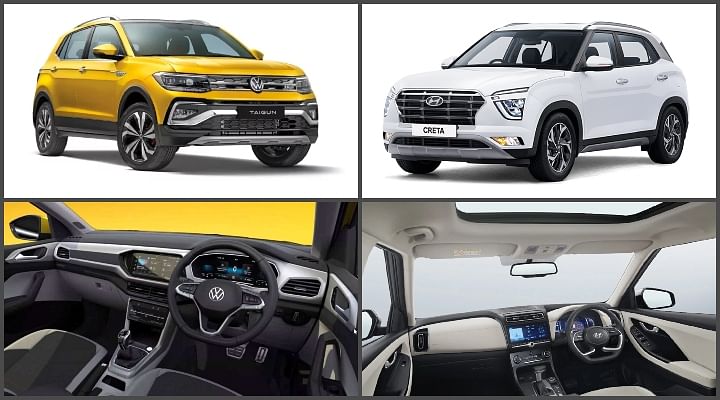 SUVs are the new cool and every carmaker wants to have a fair share of them in this dominating market. The latest entrant is Taigun from Volkswagen that is all set to be launched in August of this year. In this comparison article, we pitch the VW Taigun vs Hyundai Creta and share our thoughts as to which SUV should you pick!

Volkswagen has added a tad bit of chrome to the Taigun design but that's a good thing as we Indians loves the idea of chrome on our cars. At the front, the hexagonal styled grille at the upper and lower portion looks appealing. The fog lights are surrounded by a thick chrome accent that adds a bit of boldness to the design and the faux skid plate just gives a sporty look to the Taigun. It also gets projector headlights with integrated LED Daytime Running Lights that completes the front fascia.

Move over to the side profile and there you get 17-inch dual-tone alloy wheels design, chrome placement on the lower window line and at the rear, you get LED taillights with a connecting pattern. Like the Kushaq, Taigun too gets body cladding and rear faux skid plate to give it an aggressive approach in styling. The rear of the Taigun is also flanked by a chrome strip bar that also surrounds the reflector.

Moving to the Hyundai's Creta then its design really grows on you. The split headlight pattern with LED DRLs on the top, LED headlights at the bottom part of the bumper, massive signature Hyundai grille just completes the front profile of the Creta. A similar split design is observed at the rear profile too with the taillights. The side profile is flanked by wheel arch cladding and 17-inch machine-cut alloy wheels that are different for diesel and petrol models.

We believe that Volkswagen will play smartly with the price and its base variant will undercut most of its rivals that are Skoda Kushaq, Hyundai Creta and Kia Seltos. Hyundai Creta is priced from Rs 9.99 lakh to Rs 17.71 lakh. All prices stick to ex-showroom, Delhi.

Here, we have included the features that one SUV has over another. As of now, the official features of the Volkswagen Taigun are not yet out but we expect it to be similar to that found in the Skoda Kushaq. When compared with the Creta, Taigun has the edge by providing a telescopic steering wheel along with rain-sensing wipers. However, Hyundai Creta wins the game by providing a panoramic sunroof, powered driver's seat, sunglass holder, puddle lamps and rear window blinds.

Also Read: Wondered What Those Numbers On Tyre Means? We Explain It To You

We expect that the top-spec automatic variant of the Taigun will pack in 6 airbags unlike its cousin Skoda Kushaq that only gets two. Both the SUVs gets ABS with EBD, rear parking sensors, electronic stability control, hill hold control, traction control, speed-sensing door lock and child safety lock.

As of now, the official warranty figures of the Taigun are not out but we believe that Volkswagen will be offering 4 years or 1 lakh km warranty just like its cousin, Skoda Kushaq. On the other hand, Hyundai only provides 3 years of warranty on the Creta.

So this was our VW Taigun vs Hyundai Creta comparison for you. Do tell us in the comment section as to which of these SUVs is your pick and why? Also, make sure you are a member of our 91Wheels Whatsapp group and 91Wheels Telegram group. Here, we bring you all the latest updates related to the Indian Automotive Industry.

Also, subscribe to our 91Wheels YouTube Channel to check out the latest reviews, performance runs, mileage tests, comparisons and more. 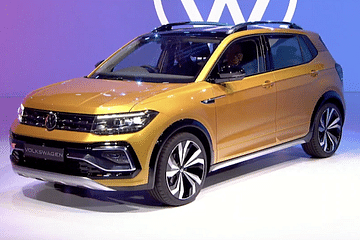