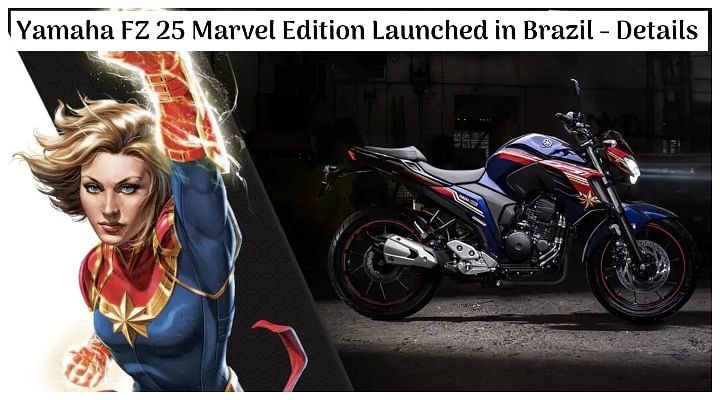 A few weeks ago, TVS launched the SuperSquad Edition of its popular 125cc scooter - TVS NTorq 125 in the Indian market. The new SuperSquad Edition of the TVS NTorq 125 takes inspiration from Marvel's Avengers. Its colour variants are based on three fictional superheroes of the Marvel Universe, namely Iron Man, Black Panther and Captain America. In a similar fashion, Yamaha has launched the Marvel Edition of its quarter-litre motorcycle - FZ 25. The new Yamaha FZ 25 Marvel Edition has been launched in Brazil to lure the young buyers and here we have for you all the details about it.

Yamaha Brazil has launched the Marvel-inspired FZ 25 in the country. The motorcycle has been launched in two all-new colour schemes and they take inspiration from the fictional characters of Marvel Avengers. The new FZ 25 or rather say the new Fazer 250 (FZ 25 is known as Fazer 250 in Brazil) gets two new colour schemes in the country. These new variants of the bike are based on Captain Marvel and Black Panther. The quarter-litre naked street-fighter gets purely cosmetic upgrades and there are no mechanical changes. Yamaha Brazil has also launched a new colour variant for the Lander 250 dual-purpose bike and it gets the Captain America-inspired colour scheme.

Talking about the newly launched India-spec Yamaha FZ 25, it is powered by a BS6-compliant 249cc, single-cylinder, air-cooled, SOHC, four-stroke, fuel-injected engine. This motor churn out 20.8 PS of power at 8,000 RPM and 20.1 Nm of peak torque at 6,000 RPM. The engine comes mated to a 5-speed manual gearbox. The Yamaha FZ 25 BS6 is currently priced in India at Rs. 1,52,100, Ex-showroom Delhi. What are your thoughts on the Marvel Edition of the FZ 25 and do you want to see it in India? Share with us in the comments section below. You can also join our 91Wheels Auto Enthusiast Telegram group (click via mobile to join) curated exclusively for the fans, enthusiasts and the owners. Further, subscribe to our YouTube channel for more such amazing motoring updates. 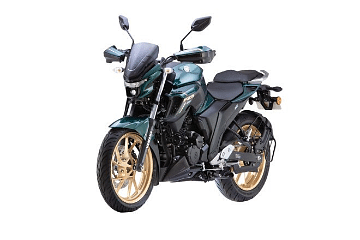