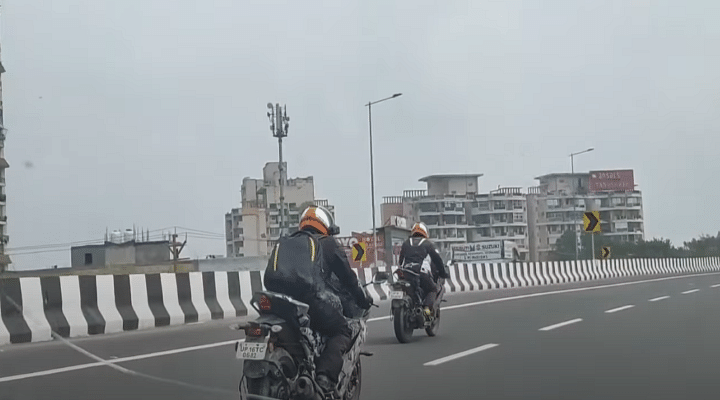 A spy video has surfaced on the web which shows prototypes of what seems like a Yamaha R15 V4 running in the streets of India. Do you know what it has to offer? If not we have the details mentioned in this article. Give it a read!

The Yamaha R15 has been running on the streets for over a decade and it remains the "peoples choice" of a motorcycle thanks to its aerodynamically designed fairing and robust engine. The R15 versions have seen a drastic change in design over the years from their initial days of launch and yet, it has proven to be noteworthy by moto enthusiasts.

Today, the third generation Yamaha R15 has the tagline "The most powerful 150cc motorcycle in India" attached to it, thanks to the sporty character that Yamaha has tried to retain in the R15 line of motorcycles for over a decade. Every two among five young blood love this motorcycle for the sheer thrill that it provides and so, to have a continuance in the evolution of this motorcycle, Yamaha has decided to work on an R15 V4, Yes, you heard it right! The Yamaha R15 V4 is coming to the showrooms soon.

A spy video has surfaced on the web which shows prototypes of what seems like a Yamaha R15 V4. The vehicle is seen to be covered with heavy camouflage however, few details have been uncovered in this video:

The motorcycle seems to retain the tail section from the current-gen R15 which has been positioned upright and comes with an integrated LED tail lamp. Also, the tail section has split grab handles which seems to be quite practically placed for functionality.

As per the spy video, the Yamaha R15 V4 seems to have a redesigned fairing that has been drastically changed to give a new look to the motorcycle. The motorcycle retains an aggressive riding posture and looks sharp from every angle.

The front profile of the Yamaha R15 V4 resembles its big brother, the R7. The motorcycle seems to have taken inspiration from the R7 model offered by Yamaha. Unlike, Version 3 of the R15 that came along with twin LED headlamps, the R15 V4 seems to be equipped with a single LED integrated projector headlamp setup.

Since Yamaha offers Bluetooth connectivity in all its motorcycles, we believe that the R15 V4 too would be equipped with it. As for the engine, the new-gen R15 would continue to be powered by the 155cc liquid-cooled, single-cylinder engine mated to a 6-speed gearbox seen on the R15 V3. It would also be assisted with a slipper clutch technology as a standard feature. However, Yamaha would definitely make tweaks to the power output that this engine can handle.

The current-gen R15 produces 18.5bhp and 14.1Nm of peak torque so, the output figures are unlikely to change in the upcoming version-4 of the motorcycle. The R15 should also come with Variable Valve Actuation (VVA), which helps the motor produce optimal power delivery throughout the Rev-range.

As for the price, the Yamaha R15 V3 comes at a price of Rs. 1.54 Lakh and goes all the way up to 1.56 Lakh (ex-showroom Delhi), so a similar price range could be expected when the bike is set to be launched in India.

Would you be interested in buying this motorcycle? What do you think about the Yamaha R15 V4 being launched in India? Please tell us your thoughts in the comment section below. Also, join our 91Wheels Telegram and 91Wheels Whatsapp group to know more about vehicles, conduct discussions on your favourite ride and much more! 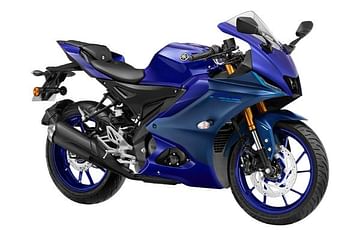