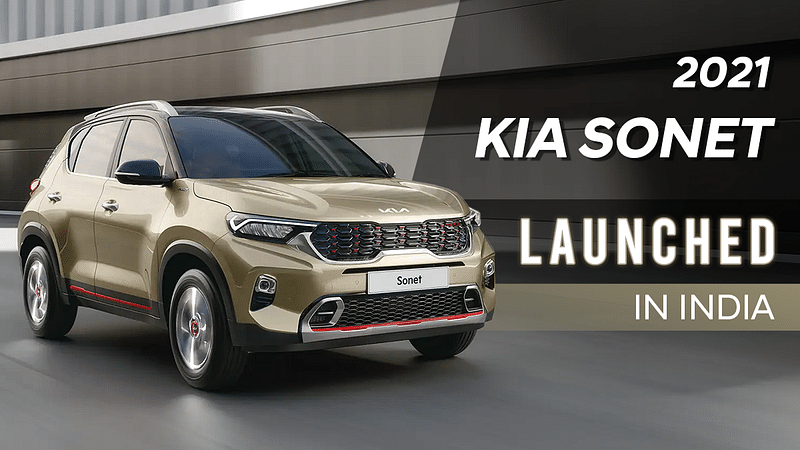 Kia made its India debut in August 2019 with the launch of the Seltos mid-size SUV and it became an instant hit. The carmaker launched the Carnival premium MPV in February 2020 and it was followed by the Kia Sonet sub-compact SUV. The Sonet was launched in India in September 2020 and now, within just a year of its launch, the company has given it some updates. The new 2021 Kia Sonet has been just launched in India and its price now starts from Rs. 6.79 lakhs, Ex-showroom Delhi. Here are all the details about it.

First of all, let's talk about the changes in the new 2021 Kia Sonet, so the MY 2021 Sonet gets Kia's new logo. Kia recently revealed its new corporate logo and brand slogan that reads Movement That Inspires. The carmaker's new brand logo represents Kia's commitment to becoming an icon for change and innovation. Kia Sonet has always been a very handsome-looking sub-compact SUV and so the company hasn't made any cosmetic changes. Kia has made changes in its variant line-up and also added some new features.

For starters, the new Kia Sonet is available in six trim levels with multiple variants. The trim levels are HTE, HTK, HTK+, HTX, HTX+ and GTX+. The company has deleted the HTK+ 1.0-litre turbo petrol DCT and HTK+ 1.5-litre diesel AT variants, instead, these powertrain combinations have been now made available in the HTX variant. Talking about feature add-ons, so the Sonet now gets paddle-shifters in the automatic variants of HTX and GTX+ trims. The safety features like ESC (Electronic Stability Control), HSA (Hill-Start Assist Control), VSM (Vehicle Stability Management) and Brake Assist are now offered as standard even in the HTX and HTX+ variants.

Finally, we have the 1.5-litre diesel engine that churns out 100 PS of power and 240 Nm of torque and comes mated to a 6-speed manual gearbox. Its 6-speed torque converter automatic transmission model, however, develops 115 PS of power and 250 Nm of peak torque. It now gets multi-drive and traction modes in HTX trim too. What are your thoughts on the new Kia Sonet? Do feel free to share your opinions with all of us in the comments section below. You can also join our 91Wheels Auto Enthusiast Telegram group (click via mobile to join) curated exclusively for the fans, enthusiasts and the owners. Further, subscribe to our YouTube channel for more such amazing motoring updates. 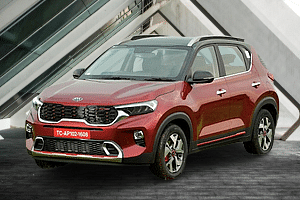