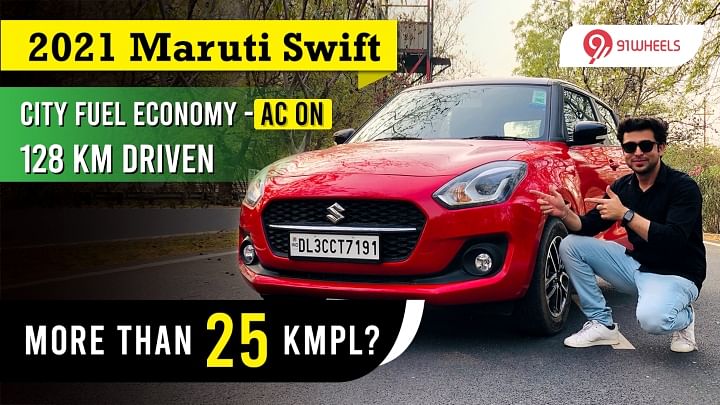 Maruti brought in the new 2021 Swift with a couple of changes to the features, visuals and then the mechanical. The latter was the biggest as it now had an updated 1.2L DualJet unit which produced 90 PS of power with a peak torque of 113 Nm. We decided to do a fuel economy run with the 2021 Maruti Swift where we decided to beat the ARAI mileage.

In this fuel economy run, our aim was to churn out maximum fuel economy but with the real-time driving condition, The ARAI certified mileage of the 2021 Maruti Swift sticks to 23.20 kmpl. We decided to drive the hatchback with a light right foot with two people on board and AC at 25 degrees.

We started our journey in Delhi and then filled the petrol till autocut. Thereafter, we went straight towards Gurugram where we witnessed mild traffic and open roads. In this course of time, the MID also displayed 30+ kmpl sometimes.

The speeds we kept were between 50-60 kmpl as it is an ideal speed which one keeps while driving in the city. Had we switched off the AC then the mileage would have been above 30 kmpl but we wanted to showcase to you the real-time figures.

After reaching Gurugram, the roads there were full of twisties and we chose the mild off-roading track for our shoot. The economy dropped heavily from the current 29 kmpl to 21 kmpl in no time. But, that is what I was expecting since we didn't encounter any traffic so the economy had to be like this.

Nevertheless, after the shoot and covering the mountainous roads we went to grab a quick bite at a Dhaba before continuing our journey again. We resumed our drive from Gurugram and the goal was to reach Noida thus covering more than 120 km. At the 70 km mark, the MID displayed 21 kmpl.

At the 90 km mark, the economy displayed close to 24 kmpl which was a sign of relief and then later on it displayed 25 kmpl upon reaching the destination. Lastly, we reached the petrol pump and fuelled with the similar auto cut method and this time the little hatch just took 5.05 litres of fuel and we covered 128 km of journey. The average coming out at 25.36 kmpl is more than exceptional given that we drove in traffic, off-roading, mountainous road and open roads.

So did you liked watching our 2021 Swift economy video and would you like to see more such stuff? Do let us know in the comment section for the same. Also, join our exclusive 91Wheels Telegram group where we bring you all the latest updates related to the Indian Automotive Industry. 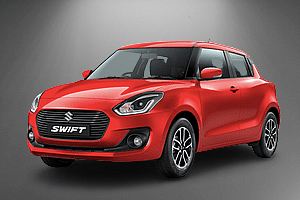