Here Are 5 Best Bikes For College Students With Price 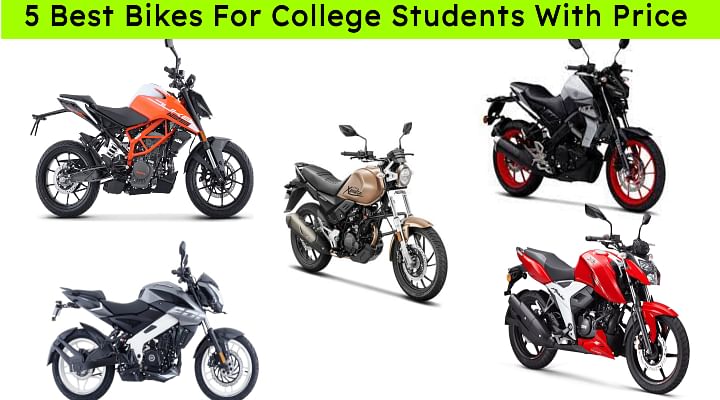 Are you a college student who is passionate about bikes but don't know which bike is best for you? Well, your answer is right here in this article. Give it a read!

It is a well-known fact that India is a land of motorcycle enthusiasts. It is one of the fastest-growing and largest two-wheeler markets in the world. With a population of more than 1.38 billion people, it is inevitable to not witness motoring enthusiasts in our country. Among the estimated population, there exist people who either love bikes as a viewer or enjoy them as a rider. Such is the craze for two-wheelers here in India.

However, for some, the motorcycle craze remains just a mere dream, as it is difficult to own and maintain. It is quite a dreadful and inevitable fact that people tend to love them but cannot afford to own them in our country due to the economic fluctuations. Therefore, it is quite justified why they simply like to take the stance of a viewer rather than the rider.

Whatsoever, the motoring madness has spread like a virus into the bloodstream of the younger generation. Since they stand as the pillar for future developments of the country, they should also participate in the two-wheeler revolution that sets standards for motorcycle racing without agendas. Therefore, to further inculcate the passion of riding in young people, let us tell you the motorcycles which are best for college students:

Also Read: Here's Everything That You Need To Know About Car Loan Transfer

KTM is a popular two-wheeler manufacturer in the Indian market. The company has always been known for making performance-oriented and affordable motorcycles. Over the years, the company has launched several naked streetfighter motorcycles under the Duke series which are admired by many. One such popular bike in the Duke series is the KTM Duke 125.

As for the vehicle, this naked streetfighter motorcycle rolls of the factory floor with a BS6 compliant 124.7cc single-cylinder, liquid-cooled engine that has fuel injection technology, mated to a 6-speed transmission. The motor churns out 14.5 PS of maximum power at 9250 RPM and 12 Nm of peak torque at 8000 RPM. It is based on a trellis frame and gets a bolt-on-rear subframe. The suspension duties on it are performed by USD or upside-down forks at the front and it gets a mono-shock absorber at the rear. It gets disc brakes at either end along with a single-channel ABS.

The bike is fuel efficient thanks to the fuel injection technology that it comes equipped with, therefore, one can expect fuel economy figures ranging between 40 to 47 kmpl in City riding conditions. Thus, this motorcycle suits college students appropriately by all standards.

Also Read: Difference Between 0w20 And 5w30 Engine Oil. Which Is Better?

The Bajaj Pulsar NS 200 is one of the most powerful and affordable naked streetfighters in its segment. Launched in the year 2012, the bike soon became a favourite among college-goers. It is the flagship motorcycle in the Bajaj Pulsar lineup.

As for the motorcycle, the Pulsar NS 200 comes equipped with a BS6 compliant 199.5cc, single-cylinder, four-stroke, four-valve, liquid-cooled, triple spark, fuel-injected, DTS-i engine, mated to a 6-speed gearbox. The motor churns out 24.5 PS of maximum power at 9750 RPM and 18.5 Nm of peak torque at 8000 RPM. Thanks to these decent power figures, the motorcycle feels peppy to ride inside the city limits. Although not so exciting, it offers a decent mid-range punch. In addition to this, the NS 200 is fuel-efficient. It provides fuel economy figures ranging between 37.70 to 40.84 kmpl in city riding conditions.

Also Read: Here's How to Replace Keyless Remote Battery Of Your Car

The Yamaha MT 15 is a naked streetfighter that made its debut in 2019. Ever since its introduction, it has been a vibrant beast that is popular among young college students. This is all thanks to the contemporary styling, design elements and contours that give the vehicle a bold and muscular stance.

The MT 15 is based on the Yamaha R15, another motorcycle that has a good road presence and stance. It comes packed with features that are considered unique in this segment. It gets an all-LED headlight that includes a projector set-up and dual-LED DRLs. In addition to this, the motorcycle is available in three vibrant colour variants- Dark Matt Blue, Metallic Black and Ice Fluo-Vermillion.

As for the specs, the MT 15 is powered by a BS6 compliant 155cc, single-cylinder, liquid-cooled, fuel-injected engine. This motor churns out 18.5 PS of maximum power at 10000 RPM and 13.9 Nm of peak torque at 8500 RPM. The engine comes mated to a six-speed manual gearbox and also gets Yamaha's VVA (Variable Valve Actuation technology).

Keep reading to know which are the best bikes for students!

Also Read: PPF Vs Ceramic Coating - Which is Better?

The TVS Apache RTR 160 4V is a motorcycle that has the ability to grab the attention of younger buyers, thanks to its mean and robust styling as well as design elements that are aesthetically appealing to the younger crowd. It is often regarded as the best 160cc motorcycle currently on sale in the Indian motorcycle market. It was first launched in India in the year 2018 and soon became a big hit among the youngsters with an invigorating force.

It is only recently that adventure motorcycles have gained popularity in the Indian two-wheeler market. Hence, to cater to a certain set of people who have set their minds on adventure tourers, Hero has done a great job in constructing a motorcycle that is superior in handling yet affordable at the same time. It is none other than the Hero Xpulse 200T, an adventure tourer focused motorcycle.

As for the specs, the Hero Xpulse 200T is powered by a BS6 compliant 199.6cc, single-cylinder, oil-cooled engine. It also gets Hero's XSens programmed fuel-injection technology that delivers better performance and fuel efficiency. Its BS6 motor churns out 18.1 PS of power at 8500 RPM and 16.15 Nm of peak torque at 6500 RPM and comes mated to a 5-speed manual gearbox.

The Hero Xpulse 200T comes at an affordable price of Rs. 1.20 Lakh (ex-showroom)

Thus, we hope that all your doubts regarding which motorcycle to choose have been solved. What do you think about this article on "5 Best Bikes For College Students"? Do let us know through the comments section below. Join our 91Wheels Telegram and 91Wheels Whatsapp group to know more about vehicles, conduct discussions on your favourite ride and much more! Also, you can subscribe to our Youtube channel for video content on the latest from the world of cars and motorcycles. 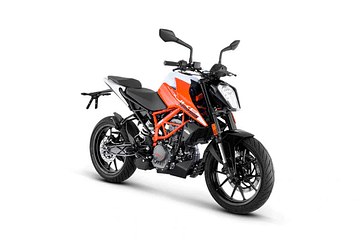