Kia Seltos Gravity Edition To Launch in India This Month - What To Expect? [Video] 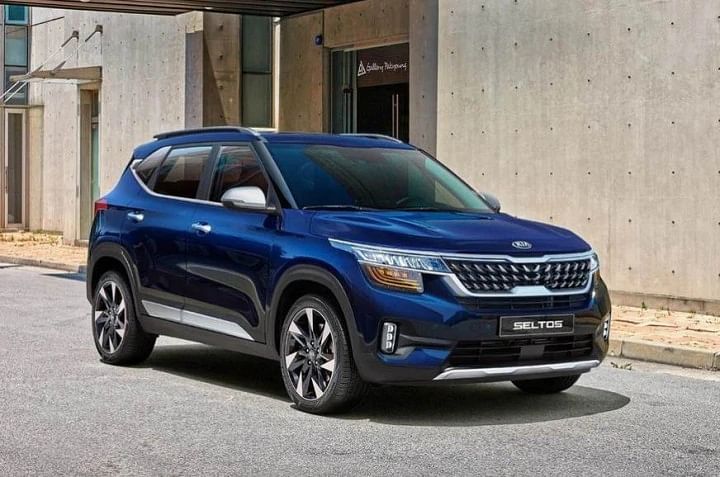 Updated on April 29, 2021 - Kia has recently revealed its new logo and brand approach in India. The company has also revealed that the new Seltos and Sonet will be launched in India in the first week of May 2021. Click HERE to read about it. Now, as you have done that, you can keep scrolling down to read about the Kia Seltos Gravity Edition.

Original Article - April 2, 2021; Kia Motors made its India debut in August 2019 with the launch of the Kia Seltos mid-size SUV and it became an instant hit. The Kia Seltos set the sales chart on fire and it went on to become one of the best selling SUVs of 2019. However, with the launch of the new-gen Hyundai Creta in early 2020, its sales have now dwindled. To revive its sales, the company will soon update the SUV and will even launch the new Kia Seltos Gravity Edition in India.

What is Kia Seltos Gravity Edition?

What will India-spec Kia Seltos Gravity Edition get?

The India-spec Gravity Edition of the new Seltos is expected to get some new design elements similar to the one we get to see in South Korea. For instance, the India-spec SUV might get a new chrome-studded grille, new 18-inch alloy wheels and a different colour scheme for the interior. It will get Kia's new corporate logo too that represents the company's commitment to becoming an icon for change and innovation. The Seltos will be the first Kia car in India to wear the company's new logo. We don't expect the new updated Seltos to boast any new features as it is already a feature-rich SUV.

The new updated 2021 Kia Seltos and its Gravity Edition are expected to be launched in India on April 27, 2021. Currently, the Seltos is priced between Rs. 9.89 lakhs - Rs. 17.45 lakhs, Ex-showroom Delhi and you can expect the company to charge a slight premium over the current prices. What are your expectations from the updates Seltos and its Gravity Edition? Do feel free to share your opinions with us in the comments section below. You can also join our 91Wheels Auto Enthusiast Telegram group (click via mobile to join) curated exclusively for the fans, enthusiasts and owners. Further, subscribe to our YouTube channel for more such amazing motoring updates. 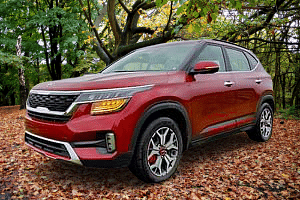