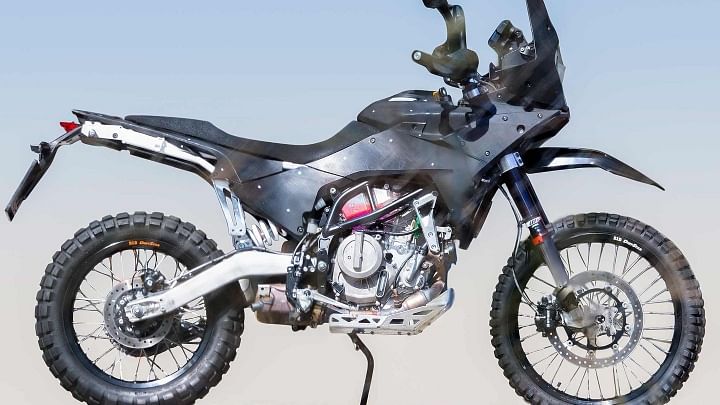 The Austrian premium motorcycle manufacturer KTM seems to be on an expansion sprint. As we had already reported earlier about a new variant of the 390 Adventure; the KTM 390 Adventure Rally spec test mule was seen testing yet again internationally. The new variant will be a more dedicated hardcore off-road motorcycle.

As seen in the clear spy shots, the test bike is based on the KTM 450 Rally bike. The overall design, especially the front beak is similar to the sibling bike. While the design seems familiar, engine components resemble the KTM 390 Adventure. This test mule is highly suspected to be a more dedicated off-road variant of the 390 Adv. Additionally, the new banana-shaped aluminum swingarm is the first-ever on a KTM.

The new design specs are all combined to provide a higher ground clearance & more high-speed confidence over gravel. While the anticipation relies on this being a KTM, we can not subdue the anticipation of this being a new GasGas bike. Pierer Mobility acquired the GasGas brand in 2019. While the GasGas was a motorsports-oriented brand; it has recently entered into mass production. GasGas sells its Enduro & Supermoto bike globally now.

With the shared components, all the KTM's, GasGas, & Husqvarna models are more or less related to each other. The new test mule also suggests that the company will focus on more variants based on this design. This means a segment between 125-390cc can witness the addition of Rally specs in the upcoming future. The test bike is also seen using WP Apex suspension along with 21-inch front & 18-inch rear spoked tyres.

No engine & technical specifications are known yet. But, the same test bike is spotted again within the difference of less than a month; which indicates the speed of development. With this, the future remains doubtful but exciting altogether. On the other hand, the company recently launched the 2022 KTM RC 390 sports motorcycle in India with upgraded tech, new design, & features. 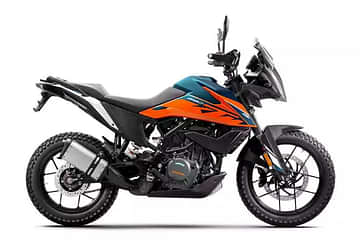