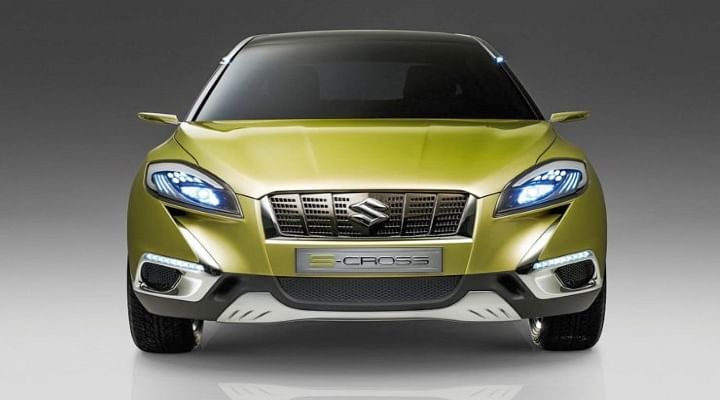 Maruti Suzuki has hinted that the next version of the S-Cross could make a global debut in Europe in 2022. Read this article to know more about the next-gen S-Cross.

The next iteration of the Suzuki S-Cross could make a global debut sometime next year in Europe. The company has mentioned that the upcoming version of the S-Cross is going to be a major update in terms of cosmetic appearance and features. In addition to this, the vehicle will also be equipped with an electric powertrain. What's of our main interest here, however, is that the new model will launch in India as the next-gen Maruti S-Cross.

Maruti Suzuki has stated in a report that the next generation Maruti S-Cross 2022 will be equipped with an in-house built 1.5-litre petrol engine coupled with a 48V light hybrid technology (MHEV) and a 1.4litre, Boosterjet engine. The company claims that its MHEV technology will provide better fuel efficiency than the current version of the S-Cross.

The 1.4-litre petrol engine is no stranger to the carmaker since it has been used in the global-spec version of the Suzuki Swift for quite some time now and the response from the users has been fantastic. This engine churns out 127bhp and 235Nm of torque. The vehicle also gets a 5-speed transmission setup and a 6-speed automatic gearbox instead of the lazy 4-speed torque converter gearbox on the current model. The 2022 S-cross will also be equipped with what Suzuki likes to call- The 4x4 AllGrip Drivetrain system.

There are also rumours that the newer version of the SUV will come equipped with the BS6-compliant 1.5L diesel engine. It is believed that this powertrain will be offered on other models from Suzuki like the XL6, Ertiga, Vitara Brezza and Ciaz.

In other news, it has been hinted that Maruti Suzuki's upcoming mid-sized SUV which is to be co-developed with Toyota will be equipped with a new diesel powertrain. The vehicle, which has been named YFG internally, will also come with a dual-clutch transmission as per the reports.

The carmaker has plans to expand its SUV lineup in the next few years and one such model which we can expect to launch in India is the 5-door Jimny. Auto enthusiasts anticipate that this vehicle could come with a 1.5-litre petrol engine that churns out 100bhp and a torque figure of 130Nm. As for the transmission, the vehicle might get a 5-speed manual and 4-speed automatic options. The Jimny is also expected to come with SHVS technology.

The 2022 Maruti Suzuki S-Cross could be launched in India for an approximate base price of Rs. 9 lakh. The vehicle could hit the road somewhere around the mid of 2022.

What are you expecting from the 2022 Maruti S-Cross? Which powertrain option do you think seems fit for this SUV? Please tell us your thoughts in the comment section below. Also, join our 91Wheels Telegram and 91Wheels Whatsapp group to know more about vehicles, conduct discussions on your favourite ride and much more!