Maruti Suzuki Jimny And Mahindra Thar Parked Together - Your Pick? 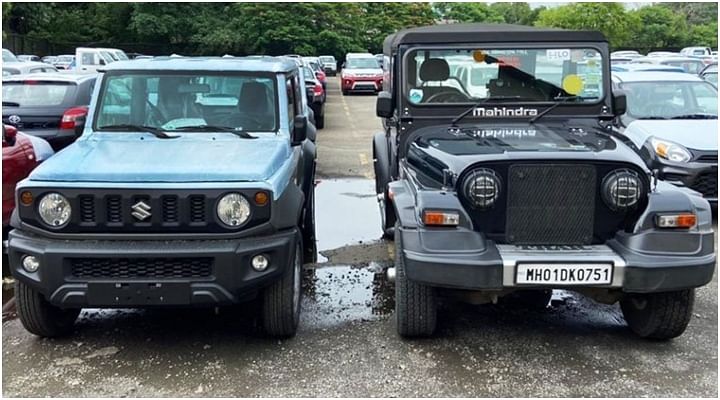 The new Mahindra Thar is undoubtedly the value for money product and is the most affordable 4x4 present in the country. But we will soon have a competitive rival to the Mahindra Thar and that'll be the upcoming Jimny from Maruti Suzuki. We already know the popularity of the latter in the global markets that the waiting period is soaring to several months and there's no deniability that the Jimny is a strong and confident 4x4 product in a budget.

In a recent image from the internet, both Maruti Suzuki Jimny and Mahindra Thar have been parked together. Well, the Jimny poses with the older generation of Thar but still both of them looks stunning. While the older Thar gives the dad vibes, Jimny brings in a cool and breezy character that is also capable.

From the front, it is the Thar that seems to be intimidating and that looks more butch and even taller. Mind you, the new-gen Thar is bigger than the older-gen so we can only expect how the Jimny will look when parked right with the 2020 Thar.

Also Read: At 197 Bhp The Upcoming Mahindra XUV700 Petrol Will Be Most Powerful

The Suzuki Jimny is only sold in a three-door version but considering the Indian market, there are reports that the carmaker will bring in a 5-door version that actually makes a lot more sense. In fact, the carmaker is also testing the 5-door version that has been codenamed YWD. The current 3-door Jimny measures 3393 mm in length, 1475 mm in width, 1725 mm in height and gets 205 mm of ground clearance.

We believe that with the 5-door version, the length and wheelbase of the Jimny will be increased to make more space in the cabin. Feature-wise too we can expect it to bring in new additions like a flat-bottom steering wheel, larger touchscreen infotainment system with Apple CarPlay and Android Auto, multi-function steering wheel, cruise control, push-button start/stop and more.

Being a 4X4, we can expect hill hold and traction control to feature in the Jimny. Other safety features will be an anti-lock braking system with electronic brake-force distribution, dual-front airbags, a high-speed alert system, front seat belts warning, ISOFIX mount child seat points, electronic stability program and more. We really wish Jimny gets a tyre pressure monitoring system as it will help the most people when taking it through the 4x4 trail.

Under the hood, we believe even the 5-door version of Jimny will continue with a 1.5-litre, naturally aspirated, four-cylinder BS6 compliant engine. This unit generates as much as 103 bhp with 138 Nm of peak torque. This is the same engine found in Ciaz, Brezza, XL6, Ertiga and S-Cross. A 5-speed stick shift will be made standard and an optional 4-speed torque converter will be on offer.

So what are your thoughts about the Marut Jimny and when it stands next to the Mahindra Thar? Which one will be your pick? Do let us know in the comment section below. Also, make sure you are a member of our 91Wheels Whatsapp group where we bring you all the latest information related to the Indian Automotive Industry. Do subscribe to our 91Wheels YouTube channel to get the latest exciting videos. 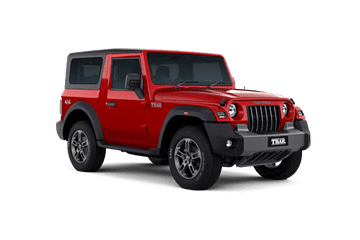