When Tata brought in the dark edition of the Harrier it immensely gained popularity. Imagine buying a gangsta themed SUV and that too right from a dealership. Now, this dark edition will be seen on Tata Nexon and Altroz in the coming few weeks. We say this because the spy shots for the same has been spied at a dealership and the first shots really make them both a looker.

The changes on both the vehicles include a blacked-out theme that is similar to that found in the Harrier. The Atlas Black colour scheme really brings a character in both the Nexon and Altroz. What we can see from the front is the all-blacked out grille design, fog light housing and lower parts of the bumper.

Also Read: Tata Tiago XT(O) Price Starts From Rs 5.48 Lakh But Is It Worth It?

Both the cars carry a hint of chrome on the Tata logo, however, on the Altroz, the chrome is also seen surrounding headlights. Similarly, like the Harrier Dark Edition badging, we see the same on the front fenders of the Nexon and Altroz here. Similarly, the side profile looks aesthetic with the blacked-out alloy wheels design and the lettering of both the cars at the rear is in black.

Sharing the details on the interiors of the cars then both of them get an all-black cabin layout. There are some panels on the dashboard with a piano back layout and they gel amazingly well. The only problem is that the dust particles attract a lot in these areas and they need to be cleaned thoroughly to reflect the shine.

Mechanically, both cars will be brought in with the 1.5L turbocharged diesel unit. The four-cylinder BS6 compliant unit churns out in 108bhp/260Nm Nexon and in 89bhp/200Nm in Altroz.

For the petrol versions, the 1.2L turbo unit of the Nexon generates 118bhp/170 Nm while the naturally aspirated 1.2L petrol of Altroz kicks out 84 bhp/113 Nm. A 6-speed manual and an optional AMT is observed in the Nexon for both the engines while the Altroz continues with a 5-speed stick shift only. We are not sure if the i-Turbo variant of the Altroz will get a dark edition too.

Sharing details on the prices and variants then we believe Tata will follow a similar strategy as the Harrier. The XT and above variants will receive this dark theme. For the prices, one can expect a rise in Rs 20,000 when compared with the normal versions.

Also Read: SUVs Are The New Cool - Have A Look Into Hyundai India SUVs

The prices of Tata Nexon sticks from Rs 7.20 lakh to Rs 12.97 lakh while the Altroz goes from Rs 5.80 lakh to Rs 9.57 lakh. All prices stick to ex-showroom, Delhi. So how do you like the dark edition of Tata Nexon and Altroz? Will you pay a slight premium of an expected Rs 20,000 over the normal colour schemes? Do let us know in the comment section below. Also, make sure you are a member of our 91Wheels Whatsapp group where we bring you all the latest information related to the Indian Automotive Industry. 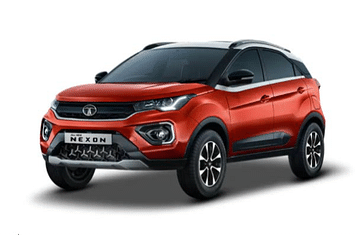