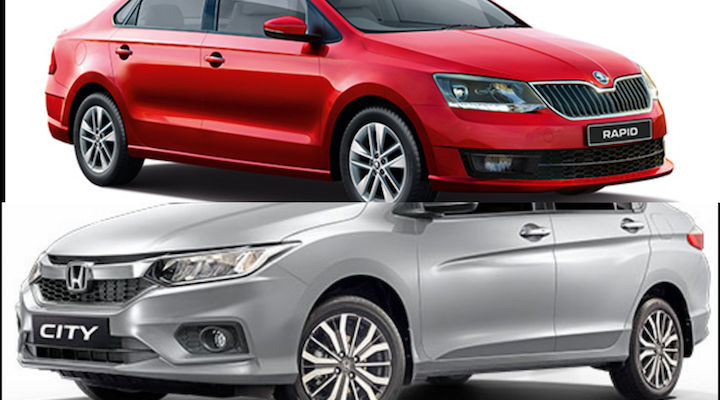 Last month, Honda sold 1,004 units of the City, staying just above the 1,000 unit mark. However, the real winner is the Skoda Rapid, which sold 1,359 units in the same month. That's a whopping 55% increase over the sales of car in December 2018. The Maruti Suzuki Ciaz remained in the top spot with 1,786 units against its name while the Hyundai Verna took the third spot with 1,295 units.

The high sales for Skoda Rapid can be attributed to several offers that the dealers were offering to clear the stock. There was a substantial discount on the car by the manufacturer too, including the option to pick an automatic Rapid at the price of a manual one! On the other hand, Honda launched the BS6 version of the City last month, which caused an increase in the price. These can be some of the reasons behind the dismal sales of Honda City and the rise of the Skoda Rapid.

The numbers released by the manufacturers each month is the number of units dispatched by them and not the actual number of cars sold by the dealership. So it is possible that Honda maintained a low dispatch number to ensure that the dealers clear all the 2019 stock before receiving the new 2020 inventory. Since the price of the models manufactured in last year drop massively, this can be a possibility.