Tata Harrier Camo Vs Dark Edition - What Are The Differences Between The Two? 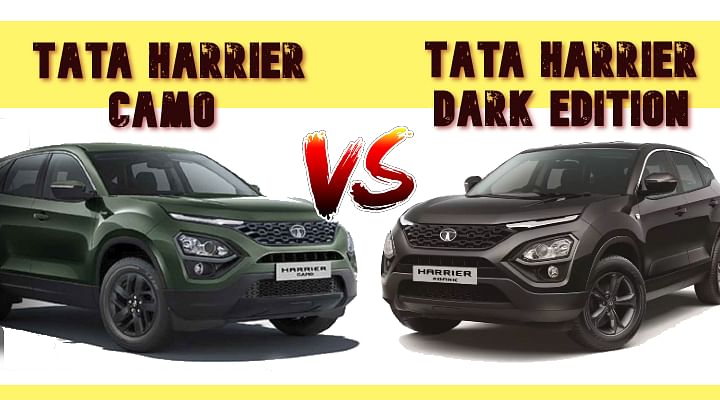 Original Article - November 8, 2020; Tata Harrier is one of the best looking SUVs in the segment is being appreciated by the buyers of this segment. The bold and imposing front fascia, a huge footprint, and elegant styling elements make it look smart and handsome, giving it a massive road presence. The Indian carmaker launched the Dark Edition of the car last year and further made it more affordable by launching it in various trim options. A limited-edition model of the Harrier, the Harrier Camo was recently launched by the brand in India during this festive season. With both these model priced at a similar price, have a look at this Tata Harrier Camo Vs Dark Edition comparison and check how these two models differ from each other.

Starting with the newly launched Harrier Camo, the car gets an olive green colour paint job with blacked-out 17-inch alloy wheels and a Camo edition badge on the front bumper. The cabin of the vehicle however remains almost identical to that of the Dark Edition and gets an all-black layout. The Camo Edition however thus feature black leatherette upholstery with green stitching which remains exclusive to this variant only. In addition to this, the buyers of the Harrier Camo can also opt for optional accessory pack - Stealth and Stealth+. These optional accessory packs have accessories like front parking sensors, sunshades, Camo Edition floor mats, back seat organiser, etc.

The Harrier Dark Edition on the other hand features an all-black theme on the outside as well. The car gets a black paint job with limited chrome elements to give it a more sophisticated and elegant look. On the inside, the cabin too features the all-black theme. It is worth noting that the regular variants of the car feature a dual-tone, brown-black interior colour scheme. The Harrier Black also gets blacked-out alloy wheels which complement the overall looks of the car. The Harrier branding on the front hood on the Camo model is not present on the Dark Edition models.

Both these cars are powered by the same 2.0-L Diesel engine that churns out 170 Ps of peak power output while peak torque figures stand at 350 Nm. This engine can be had with a 6-speed MT or an automatic torque converter gearbox. The features list of the two models also remain identical to each other. There is no price difference in the prices of the Harrier Dark and Camo edition.

With this being said, what do you think about the Tata Harrier Camo Vs Dark Edition comparison? Do let us know in the comments box below. Join our 91Wheels Auto Enthusiasts Whatsapp Group to be a part of interesting automotive discussions. Also, subscribe to our Youtube Channel to get the latest updates and unbiased reviews. 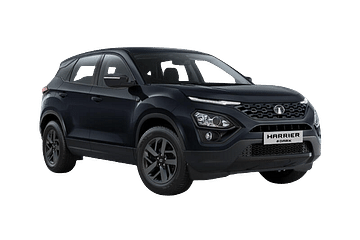