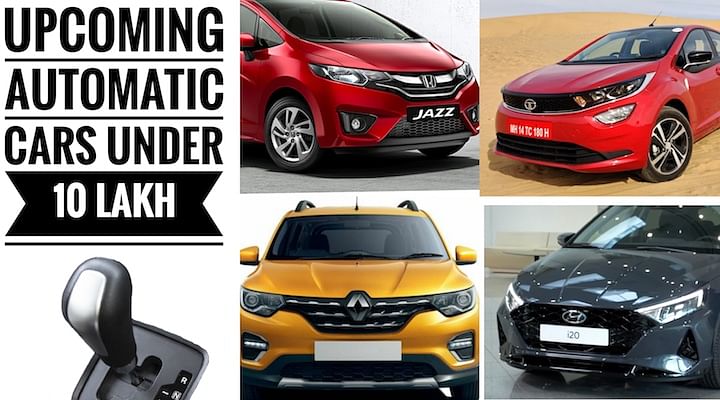 Automatic cars are gaining more traction in the Indian car market every passing month. Due to the increasing traffic and lowering average speeds on roads, automatic cars make perfect sense for crowded cities. They used to cost a lot some years rewind. But now, we can have an automatic car for less than Rs 5 lakhs too. They don't cost a bomb, are really accessible, reliable, affordable and the option list will grow in the coming few months. We tell you about six upcoming automatic cars under Rs 10 Lakhs which you should wait for!

Renault Triber was initially launched with a 5-speed manual transmission only. The AMT version was showcased later at the Expo along with a new colour option and a body kit. It was supposed to get launched sometime this month but due to the outbreak of Coronavirus, Renault is taking some time to launch the Triber AMT.

Renault Triber is powered by a 1.0-litre 3 cylinder petrol engine which churns out 72 Ps and 96 Nm of torque. It will get the same AMT unit we see in Kwid but it will also get manual mode, unlike the Kwid. The AMT variants will cost around Rs 60,000 more than the manual variants. Rest of the mechanicals will remain the same and we might also get to see the AMT with new 1.0-litre turbo engine in the Triber.

We know that Mahindra eKUV100 is electric and it is only for commercial buyers only. But electric cars are also considered as automatic cars and eKUV100 will also be launched for private buyers too. Mahindra launched the eKUV100 at the 2020 Auto Expo and it was priced at Rs 8.25 lakhs but it was only available for commercial buyers. Mahindra will soon launch it for private buyers too at a similar price. Mahindra eKUV100 gets a 15.9 kWh battery with fast charging support, it can be charged to 80% in just one hour via a fast charger and once juiced up, it can deliver a range of 147 km on a single charge.

Renault and Nissan, both are working on a subcompact SUV based on the CMF-A+ platform which also underpins the Triber. Kigar has been codenamed HBC and has been spied multiple times while on the test. Both the cars will be powered by a 1.0-litre turbo petrol engine which is expected to produce close to 100 Hp. The engine will be paired with a 5-speed manual and 5-speed AMT will also be launched.

Renault Kigar will get split headlamps, 16-inch alloy wheels, LED taillights, 8-inch touchscreen infotainment screen, electric sunroof among many other features. Nissan has teased the Magnite with some images and it will offer striking looks. Renault Kigar and Nissan Magnate will lock horns with cars like Tata Nexon, Hyundai Venue and Maruti Vitara Brezza. We expect the prices of both cars to start from about Rs 7 lakhs.

Tata Motors launched the Altroz last year and it impressed all of us with its sharp creases and striking design elements. The only problem which everyone agreed with was the lack of automatic transmission options. A big stake of the audience of premium hatchbacks wants the convenience of automatic transmission. Fret not! Sources tell that Tata Motors is developing a DCT unit for the Altroz in house and it will be launched in the market soon. To cope up with a fast-shifting DCT, Tata will launch the 1.2-litre turbo petrol engine which we get in the Nexon, but with a lower state of tune. The prices will be around 1 lakh more than the manual variants.

Hyundai is playing big by updating its trump cars in India. After the new Creta and Verna, it is time for the i20. It was unveiled at the Geneva Motorshow. It is all-new from the ground to the top and sports a very striking design. Hyundai i20 will get a 1.0-litre turbo petrol engine from the Venue and it will be paired to a 7-speed DCT. Other engines on offer include 1.2-litre petrol engine and 1.5-diesel from the Venue too. It will be priced under Rs 10 lakhs whereas the base variants are expected to kick start from Rs 6 lakhs ex-showroom.

Honda Jazz is a premium hatchback offering from the Japanese carmaker but it has never done well when compared to its chief rivals like i20 and Baleno. Honda Jazz has been taken down from the website at this point of time as new BS6 Honda Jazz is on its way. Honda Jazz, in its BS6 iteration, is expected to get CVT transmissions with both petrol and diesel engine options. 1.2-litre petrol and 1.5-litre diesel engines will be offered in the new Jazz. However, we don't expect much changes from this updated model. Prices might see a small bump due to BS6 compliant engines. Current-gen Jazz which is now discontinued was priced from Rs 7.45 lakhs to 9.45 lakhs.

Here were the six upcoming automatic cars under Rs 10 Lakhs which you should consider and mark in your wishlist. All the cars mentioned in this list will get launched incoming 6-8 months. You tell us which one would you pick from the aforementioned cars! 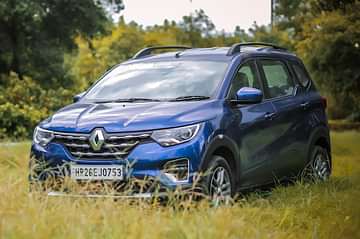