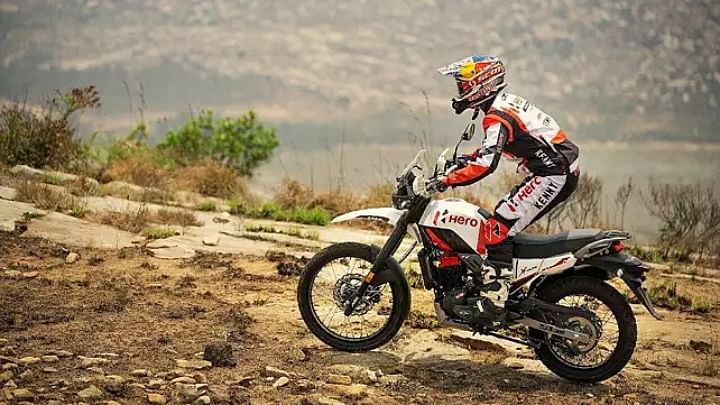 Hero Xpluse 200 4V Rally Edition deliveries have commenced in India. The Rally Edition has been priced at Rs 1.52 lakh because of the updates.

Not long ago, Hero launched its Rally Edition of Xpulse in India. The bike was introduced at a starting price of Rs 1.52 lakh ex-showroom. The initial response that Hero received was good and a lot of customers did book the bike even without test rides. Now, the Hero Xpulse 200 4V Rally Edition deliveries have begun all over India.

The first batch of the limited edition bike was delivered with a special ceremony. The customers who have booked the bike earlier via the online platform, have received the deliveries. The special edition has been made only in limited numbers and hence all of the units have been already booked. However, the delivery process has just begun and the coming weeks are bound to deliver the whole lot of the Rally Edition.

Speaking of the special edition, it hosts cosmetic and technical changes when compared to the standard bike. Additionally, the Rally Edition is also Rs 16,000 costiler to the standard variants of the Xpulse in India. So, what do you get for the additional amount?

The first and foremost changes is the use of Hero's Dakar Rally inspired theme. The stickering and graphics have been used with a white and red colour combination. This provides the Xpulse a complete rally spec bike outlook. Additionally, the changes are not just limited to the graphics. Hero has also done changes to it technically. But, there is a special touch to it. Hero has implanted CS Santosh's autograph on the fuel tank. This signifies the importance of Dakar Rally to the brand, hence, making the Rally Edition even more special to the customers.

Yes, the Rally Edition has a different and more rugged suspension setup. It uses a 250mm travel front telescopic suspension and a 220mm rear travel suspension. Hence, the overall rideability over the off-road sections and slush has improved on the special edition. However, the rest of the mechanicals remain unaltered. If we talk about the engine, it is a competent unit that has been carried forward from the standard Xpulse bike.

The 200cc, single-cylinder, air/oil-cooled engine is BS6 compliant. It makes a peak power of 18.9 bhp and 17.35 Nm of peak torque. Hero has equipped the Xpulse with a 5-speed gearbox. Interestingly, Hero is now developing a bigger engine Xpulse. This can probably be a 421cc bike with more harcodre off-roading setup. It is currently under development and we suspect that Hero will introduce it sometime in 2023 globally.

For the latest automotive updates, join the 91Wheels Telegram group.