Skoda Slavia Vs Skoda Rapid - Which One Is Better? 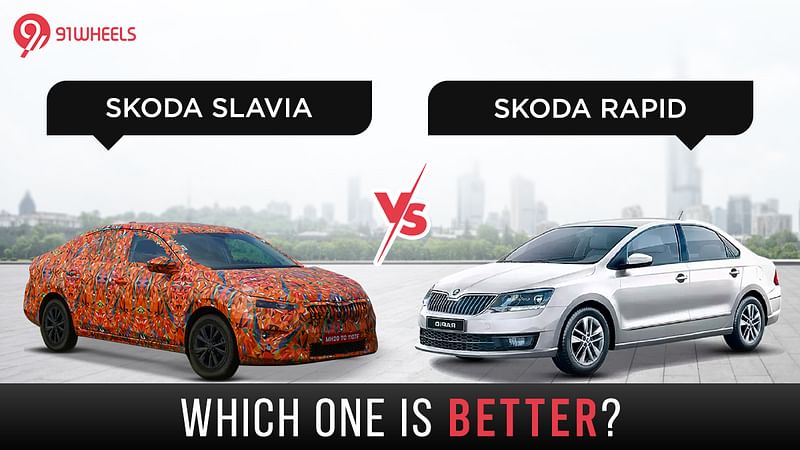 Skoda India is a German carmaker that is capable of producing powerful and efficient cars. Skoda and VW recently launched their first made-in-India product from its 2.0 project and is now ready to launch its second product, the Skoda Slavia which will make its entry in India by the end of 2021. Skoda Slavia is expected to take the place of the Rapid which has already been in the market for the last 10 years. Rapid is one of the sedans which once purchased will never feel like selling it away. It is powerful, safe, fuel-efficient and fun to drive. According to the information revealed, Skoda will very soon discontinue its Rapid as the time has come to get an update not just in technology or features but in the powertrains and the looks as well. Here is a detailed Skoda Slavia Vs Skoda Rapid comparison that will help you decide which one of these is a better pick.

With the change in generations, technology is also getting advanced and the automotive industry is making the best use of it by installing such modern features in the upcoming or the recently launched cars. The time has come when Rapid is about to say goodbye to the market whereas before this happens let's take a look at the features it offers followed by that of Skoda Slavia.

The latest generation Skoda Rapid looks like a mini Octavia on roads. The design language has been tweaked a little to make it look similar to Octavia. Rapid comes equipped with a signature grille upfront, LED projector headlamps with integrated DRLs and fog lamps with cornering assist. Along with this it also offers leather upholstery, a dual-tone dashboard, two airbags, electronic stability control and EBD. Other features include central armrest, rear ac vents, etc.

On the other hand, we have Skoda Slavia which is to be launched very soon. While the official features list is still not out, we do expect the Slavia to come equipped with almost all the features expected at this price point. to start with, the car will be available with a large touchscreen system, push-button start, automatic climate control, airbags, and other safety features like ABS, ESC, traction control, etc. In addition to this, features like rear AC vents, cooled glovebox, rear armrest, etc are also expected with the Slavia.

Skoda Slavia will offer German-engineered powerful and efficient TSI engines. The sedan will come with a choice of two engines to offer both superior driving performance and higher levels of efficiency. The entry-level 1.0-litre three-cylinder TSI engine will produce 115bhp of maximum power while the four-cylinder 1.5-litre TSI is capable of churning out 150bhp of maximum power.

The sedan will be front-wheel drive and the bigger 1.5-litre motor will be installed with active cylinder technology (ACT) that automatically shuts down two cylinders when the engine is revving at low speed, enhancing the fuel efficiency. The Skoda Slavia will be mated to a six-speed manual gearbox as standard and a six-speed automatic transmission as optional for the 1.0-litre TSI while the 1.5-litre TSI can also be paired with a seven-speed DSG.

Skoda Slavia when launched, will replace the Rapid and will compete against the likes of Honda City and Maruti Suzuki Ciaz.

On comparing the dimensions of both the sedans, we realised that Skoda Slavia will be much bigger in size and offers a longer wheelbase than Skoda Rapid. The sedan will offer a spacious cabin with advanced creature comforts and an updated infotainment system. Let's take a closer look at the dimensions of both cars.

Slavia is bigger in length, width, height, and comes with a much longer wheelbase than Rapid. Skodas decision of replacing the Rapid might prove to be the right decision as the new sedan will also be built on MQB AO (IN) platform that is Made in India.

Also Read: Skoda Kushaq 1.5 Style AT To Launch In November - Gets 6 Airbags!

So, what are your views on the Skoda Slavia Vs Skoda Rapid comparison? Do let us know through the comments section below. Also, join our 91Wheels Telegram and 91Wheels Whatsapp group to know more about vehicles, conduct discussions on your favourite ride and much more! Also, you can subscribe to our Youtube channel for video content on the latest from the world of cars and motorcycles. Also, connect with us on Facebook, Instagram, and Twitter for more about vehicles! 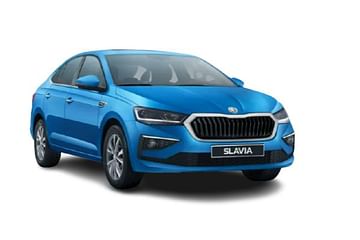