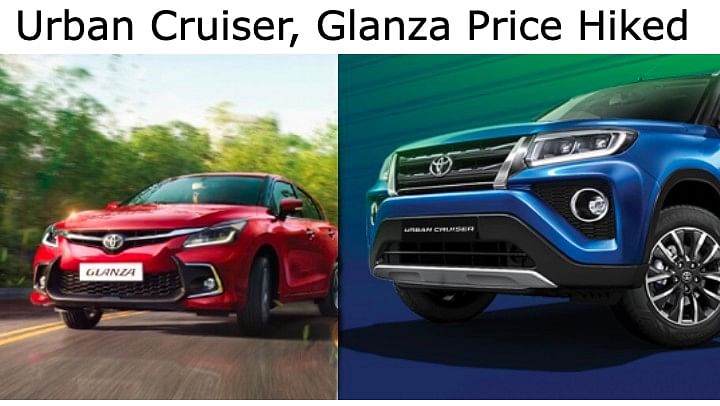 The Toyota Urban Cruiser takes on the rivals like the Maruti Brezza, Hyundai Venue, Kia Sonet, Nissan Magnite, Renault Kiger, Tata Nexon, and the Mahindra XUV300. Due for an update soon, the new Toyota Urban Cruiser is currently only being offered with a petrol powertrain. While the brand is yet to share more details about the price, we are expecting a significant increase in the prices post this price hike.

The newly introduced Toyota Glanza on the other hand shares most of its parts, underpinnings, and powertrain options with the Maruti Baleno and boasts a spacious and feature-rich cabin. Having said this, this premium hatch takes on the rivals like Hyundai i20, Honda Jazz, and the Maruti Baleno. Just like the Urban Cruiser, the Glanza too is only offered with a petrol engine option.

Toyota is currently focusing on introducing a number of new hybrid powertrain options in the Indian market. The Japanese carmaker currently sells the Camry Hybrid and the Vellfire Hybrid in India and is expected to expand the Hybrid lineup even further.

What are your views on the latest Toyota Urban Cruiser price hike in India? Do let us know in the comments box below. Also, do not forget to join our 91Wheels Telegram and 91Wheels Whatsapp group to know more about vehicles, conduct discussions on your favourite ride and much more! Also, you can subscribe to our Youtube channel for video content on the latest from the world of cars and motorcycles. Also, connect with us on Facebook, Instagram, and Twitter for more about vehicles! 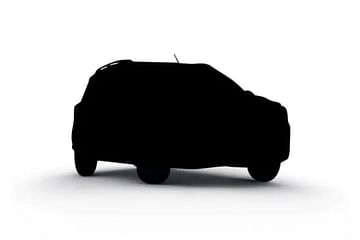 Urban Cruiser 2022 is a SUV car from Toyota. Toyota is expected to be launched at a price of Rs. ₹ 8.80 Lakh in Indian automobile market.