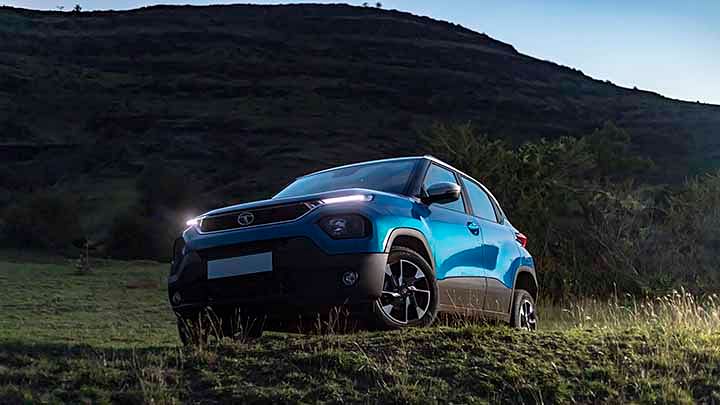 First launched in 2017, the Maruti Ignis has been a dark horse of sorts. While it has never come into the limelight for exceptionally high monthly sales numbers, it has slowly but surely managed to carve out a niche for itself by bridging the gap between conventional B1-segment hatchbacks and entry-level C-SUVs. Come to think of it, anything remotely SUVish has been of great interest to most car buyers and the Ignis has been one vehicle that has successfully blurred the lines between hatchbacks like the Maruti Swift and sub-4-metre SUVs like the Maruti Vitara Brezza.

Also Read- Tata Punch Vs Maruti Ignis - Here Is Everything That You Should Know!

In this entire grand scheme of things, the Ignis has, so far, faced virtually little competition (the dud-seller Mahindra KUV100 notwithstanding). Now, however, the Ignis will finally face a fresh adversary in the form of the 2021 Tata Punch. So, does the new arrival have what it takes to take on a well-established rival? Let's find out in our 2021 Tata Punch review here.

Based on the HBX Concept that was showcased at the Auto Expo 2020, the Tata Punch doesn't look anywhere as bold but still impresses with its overall butch look. In fact, its front-end will impress you with its mini-me Harrier look, while the side, as well as the rear profile, looks quite good with all those creases and character lines. True to the current design language, Tata Motors has given the Punch the signature Humanity Line, which, together with the Harrier-like multi-tier lighting setup, gives the car a very modern-looking front facade.

Also Read- Tata Punch Vs Maruti Suzuki Swift Comparison - Which One to Pick?

The side profile carries a lot of plastic cladding while the 16-inch dual-tone alloy wheels add some funkiness to the overall look. Other highlights include blacked-out pillars and the floating effect for the roof. Yet another highlight is the pillar-mounted handles for the rear doors - a la Maruti Swift, while pair of flush-fitting roof rails complete the SUV-like profile of the Punch. The rear-end has a contemporary look that might remind you a bit of the Kwid. The round-ish sheet metal of the boot-lid, together with stylish LED taillights with signature Triarrow glow pattern, lend the Punch a rather European look for its posterior.

Apart from the modern design, the large dimensions play a role in helping the Punch with a high road presence. The new model measures 3,827mm in length, 1,945mm in width and 1,615mm in height. Its wheelbase measures 2,445mm, while its ground clearance is pegged at 187mm.

Getting into the Tata Punch is pretty easy due to the high roofline and the Altroz-like 90-degree opening doors. Once inside, youll be quick to realize the resemblance with the aforementioned sedan, especially when looking at bits like the semi-digital instrumentation and the aircon controllers. The cascading design of the dashboard looks pretty good while the plastics are of decent quality. There are several pale white inserts strewn across the cabin, which infuse some premium-ness with the cabin but are going to be very tough to maintain in the dusty environment of most of our cities.

The highlight of the dashboard is the floating-type 7-inch touchscreen that offers Android Auto and Apple CarPlay compatibility. The sufficiently responsive unit, along with the flat-bottom steering wheel, comes from the Altroz. The drivers seat is height adjustable and its pretty easy to find a good driving position. The large DLO and the high-set bonnet gives you a pretty commanding view of the road. The only grouse we have here is the below-par image quality of the rear-view camera, which is something that weve experienced on all Tata cars of recent times.

The space on offer is decent for a car of this size and price. Three adults in the rear seats would be a squeeze but two adults can easily travel with a kid in the middle. Whats more, theres enough legroom for the rear occupants even with the front seats set to suit tall occupants. The rear occupants even benefit from a flat floor and a foldable armrest thats, unfortunately, devoid of cubby holes. There are no rear aircon vents either but the AC unit is powerful enough to quickly cool down the cabin, while the second charging socket is present much closer to the handbrake rather than the rear occupants.

There are several cubby holes strewn across the cabin, while the glove compartment offers a cooling facility. The boot space, at 319-litre (360-litre, if measured till roof), is a lot more than the 260-litre that the Ignis offers. However, unlike the Ignis, theres no split-folding seat on offer here.

Powering the Tata Punch is the familiar 1.2-litre three-cylinder naturally-aspirated Revotron petrol unit that even propels the Tiago and the Altroz. The three-potter outputs 86PS of maximum power and 113Nm of peak torque, which is clearly 5PS more than what the 1.2-litre four-cylinder K12M unit of the arch-rival Ignis offers. Akin to its adversary, the transmission options here include a 5-speed manual and a 5-speed AMT. However, delve deeper into the details and youll be quick to notice that the Punch is up to 170 kg heavier than the Maruti Suzuki offering, which means it simply doesnt feel anywhere as energetic. What the Punch also lacks is the refinement of its main rival.

The manual transmission variant offers a sufficiently light clutch but the gear changes are slightly notchy. On the other hand, the AMT is a big improvement over what weve seen in Tata cars of the yore but its still not as responsive as what the competition offers. To test the outright acceleration, we pitted the Punch AMT against a 2-year-old Ignis AMT and found that the new kid on the block is at least 5 seconds slower to the ton. Even the driveability isnt exactly a strong point as you need to keep the engine on the boil to sustain the momentum. NVH control is decent as long as you keep in mind that were talking about a three-cylinder unit here, though, the motor tends to get a bit too vocal anything above 3,500 RPM.

Luckily, the ride and handling package is a huge step up from the Maruti Ignis. Unlike the ultra-light, lifeless steering of the competition, the Punch offers a well-weighted unit that inspires confidence during high speed cornering. Also, the steering remains adequately light at low speeds, thereby helping you easily make your way through the traffic. The ride is slightly firm at low speeds but its still a lot better than the almost harsh ride of the Ignis. Even the high-speed stability is commendable but its the time that this car takes to get to high speeds that becomes bothersome. Finally, all variants of the Punch come with Brake Sway Control, a feature that keeps the vehicle from losing its composure under hard braking. We found the brakes to be highly confidence-inspiring and very potent to haul down this car from triple-digit speeds.

The Tata Punch is being touted as a 'Micro SUV' and in order to validate this car's SUV credentials, we were presented with a small off-road course where we've driven the likes of Ford Endeavour and BMW X3s before. Thanks to various parameters like 20.3-degree approach angle, 37.6-degree departure angle, 22.2-degree ramp over angle and a water-wading capability of 370mm, the Punch could easily take on most of the hurdles. In fact, we were left quite surprised by the soft-roading capabilities of this vehicle.

Before we go ahead and round up our views on the Tata Punch, allow us to add here that Tata Motors don't just want the Punch to lock horns with the Ignis but even challenge everything from a Hyundai Grand i10 to a Maruti Vitara Brezza. Surely, the Punch enjoys a definite upper hand over the Ignis in many areas but overall, it lacks the slightly more robust nature of B-SUVs like the Brezza and the Magnite. It even lacks the refinement or the energy of hatchbacks like the Swift and the i20. That said, the Tata Punch surely makes a case for itself to those looking for a sufficiently spacious and feature-laden small car that looks good both on and off the road.

However, the lacklustre outright performance sticks out like a sore thumb. Prices of the Tata Punch are yet to be revealed but unless Tata Motors ends up pricing the Punch in the Altroz-territory, we might finally have a worthy opponent to the Maruti Ignis.

What do you think of our 2021 Tata Punch review? Do let us know through the comments section below. Join our 91Wheels Telegram and 91Wheels Whatsapp group to know more about vehicles, conduct discussions on your favourite ride and much more! Also, you can subscribe to our Youtube channel for video content on the latest from the world of cars and motorcycles. 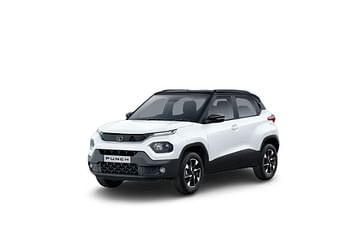