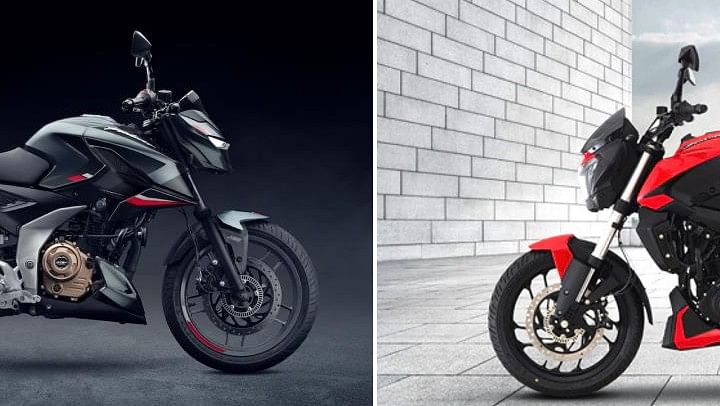 How does the naked Pulsar N250 fair against the Dominar 250?

The new-generation Pulsar bikes will boast for the first time a new 250 cc engine. This makes it the second bike in Bajajs portfolio to have a 250cc engine after the Dominar 250. How do these two bikes stack up against each other? Lets find that out in this detailed Bajaj Pulsar N250 vs Dominar 250 comparison.

New with both the Pulsar F250 and N250 is the steel tubular frame that has now more torsional stiffness and resistance to stress. Besides, the  N250 gets a flat handlebar that gives the rider a more relaxed position. The naked Pulsar also boasts of a futuristic-looking led projector unipod headlamp, flanked by integrated LED turn lights that double up as DRLs too. Additionally, the split seat design, muscular fuel tank and the new X-shaped designed taillight stand out in this N250 naked bike. Suspensions duties are handled by 37 mm telescopic suspensions at the front and a new mono-shock suspension at the rear.

The tubular frame tips the kerb weight of the naked Pulsar N250 to 162 kgs, which makes it lighter compared to the Dominars 180 kg of kerb weight. Besides, the touring stance of Dominar is further pronounced with its 1453 mm wheelbase, compared to the 1351 mm long wheelbase of the N250. The Dominar 250 sits lower too at 157 mm, whereas the Pulsar has 165 mm of ground clearance.

The Dominar 250 is definitely sportier-looking than the Pulsar N250. However, the beam perimeter frame of the Dominar 250 makes it heavy. Besides, the Dominar has its fair share of exterior features as well like the big headlight unit with integrated DRLs. The fuel tank on the Dominar might not look, but it houses a 14-litre fuel tank, compared to the naked Pulsars 13-litres tank. Suspension duties in the Dominar 250 are handled by 37 mm USD forks at the front and an adjustable mono-shock suspension with Nitrox at the rear. This gives the Bajaj Dominar an edge in the design department.

Also Read: Bajaj Pulsar N250 vs KTM Duke 250 Comparison: Which One to Pick?

The 250 cc engine of the Pulsar N250 is an entirely new unit. This power mill is mated to 5-speed manual transmission and for the first time in Pulsars history gets an assist slip clutch. Power output is at 24.5 Ps and 21.5 Nm of torque. The Pulsar N250 has a SOHC engine with 2 valves and has fuel injection with oil-cooling technology.

The Dominar 250 cc engine is a derived unit from KTM. Just like its Austrian counterpart, the Dominar also gets a 4 strokes DOHC, 4 valves with twin spark, FI, liquid-cooled engine. This power mill produces 27 Ps and 23.5 Nm of torque. The power unit is mated to a 6-speed manual gearbox, and also comes equipped with an assist & slipper clutch.

When it comes to braking, the Dominar 250 gets an edge with dual-channel ABS. The N250 gets a single-channel ABS for the front wheel. However, both the bikes come equipped with the same 300mm disc brakes at the front and 230 mm rear disc brakes.

The Pulsars feature list is quite impressive. Firstly, the newly upgraded instrument cluster with the tachometer needle was a deliberate move from Bajaj to remind you of the badge of thrill. The adjoining display for the first time will now have a gear shift indicator, alongside a USB mobile charging port that comes neatly tucked in beneath the instrument cluster. The Unipod headlamp has its unique appeal too, alongside the new mono-shock suspensions, and assist slip clutch, which makes the current iteration of Pulsar such a lucrative option.

The Dominar on the other hand might feel a bit aged, in comparison. Its standout feature is its backlit fully digital instrument cluster. Theres no USB charging port available as such, However, with the new updated Dominar 400 getting one, chances are USB ports will eventually trickle down to 250s as well. The Dominar 250 additionally gets adjustable mono-shock suspensions and 37 mm USDs, and slip clutch assist as well. These last features make the Dominar 250 a better tourer than the N250, despite both having a relaxed riding position.

The Pulsar N250 is quite a significant improvement with an all-new engine and several technological upgrades, especially in Pulsars context. So, with so many improvements its ex-showroom price of Rs. 1.38 lakh (Delhi) is quite reasonable. The Dominar 250 comes with improved driving dynamics and touring capabilities that make its price tag of Rs. 1.59 lakh, cheaper. Especially when compared to the likes of the KTM Duke 250 or ADV 250 etc.

The new N250 is definitely an improved Pulsar over its last generation. It is up to date with a USB port, mono-shock suspension, unipod headlamps, and an eye-catching design. Compare that to the Dominar 250, which comes with more power and accessories also comes with a price bump. The aluminium styled alloy wheels coupled with its potential to go the distance in comfort makes the Dominar 250 quite the premium motorcycle. The N250 naked bike shines out for being a proper commuter bike, and it can also do the highway in its own way.

So, whether you should buy the Dominar 250 or the Pulsar 250 entirely depends on your nature of travel. What are your thoughts? Let us know by joining our 91Wheels Telegram and 91Wheels Whatsapp group. You can conduct any discussion on automotive topics, consult our in-house experts, and most importantly be the first to get access to our published works. And while you do that, makes sure you also subscribe to our YouTube channel for exclusive automotive video content. 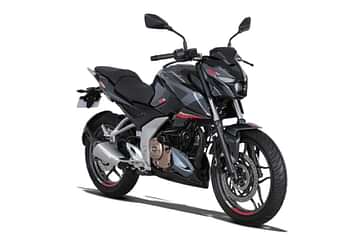