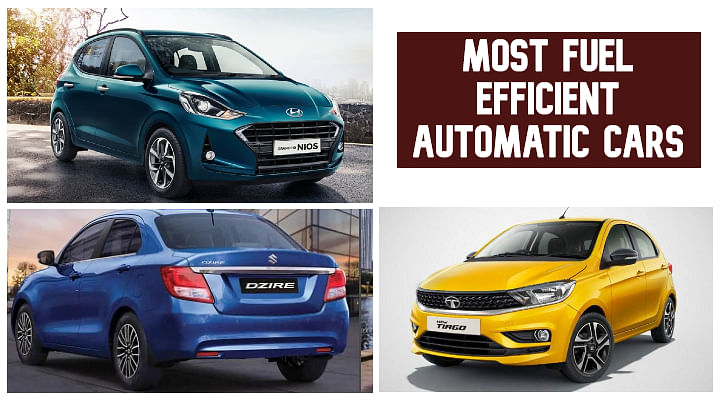 The Grand i10 Nios came into the market as one of the cars which can be a great city car as well as a supreme highway mile muncher. The design of the vehicle looks good, the interiors feel premium and are comfortable, and the engine options too are one of the best in the segment. The Nios can be had with an AMT gearbox which comes mated to a 1.2-L diesel as well well as a petrol engine. The diesel AMT model, as of now, is the most fuel-efficient automatic powertrain on offer in the country right now.

Read Also: Sedans With CNG - Check Out Which One Is For You!

Just like the Nios, the new Hyundai Aura too can be had with an AMT gearbox with its diesel engine which makes it most fuel-efficient automatic gearbox. The Aura is also the very few sedans in the market which can be had with a factory-fitted CNG kit.

With the launch of the new facelift that gets the brand's latest dualjet engine, the Maruti Dzire is currently the most fuel-efficient petrol automatic sedan on sale in the Indian market. The Dzire is offered as one of the most spacious and feature-rich cars in the segment which also has cars like the Hyundai Aura, Ford Aspire, and Tata Tigor.

Read Also: Can We Install CNG In Automatic Cars? All You Need To Know

The Tata Tiago is the most affordable hatchback currently being offered by Tata. The Tiago also scored four stars out of five in the GNCAP safety crash ratings and is also one of the most fuel-efficient hatchbacks in the market right now. Powering the Tiago is a 1.2-L petrol engine which comes mated to a 5-speed MT as well as a 5-speed AMT.

We currently have a very few vehicles in the Indian market which scored a perfect five-star rating in the GNCAP safety crash tests and the Tata Nexon is one of them. The car is offered with two engine options which include- 1.2-L turbo petrol and a 1.5-L petrol engine. The Tata Nexon diesel AMT is the most fuel-efficient compact SUV on offer.

What are your opinions about these most fuel efficient automatic cars in India? Do let us know in the comments box below. Also, you can join our 91Wheels Auto Enthusiast Telegram group (click via mobile to join) to be a part of interesting automotive discussions. Further, subscribe to our YouTube channel for more such amazing motoring updates. 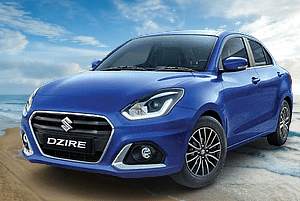