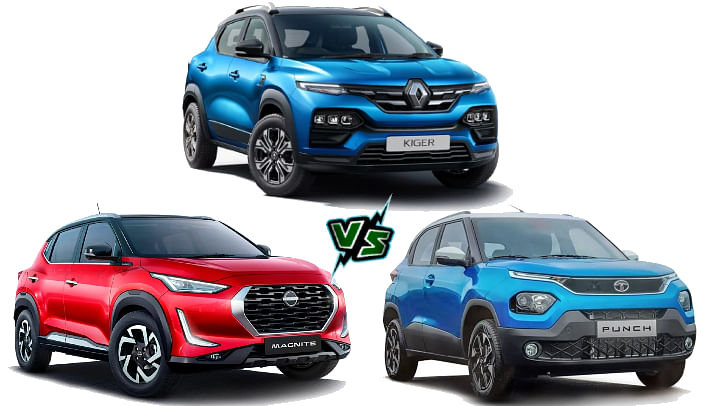 The Renault Kiger is one of the most VFM and affordable sub-4M SUVs in India right now. The car not only boasts a strong exterior design but in addition to this, also offers an extensive features list and a spacious cabin. The Kiger is available with two engine options that include a 1.0-L naturally aspirated engine and a 1.0-L turbo engine. The brand has recently revealed the official Renault Kiger mileage figures. Here is a detailed Tata Punch Vs Nissan Magnite Vs Renault Kiger mileage comparison.

As per the official ARAI figures, the Renault Kiger turbo manual variant delivers a claimed mileage of 20.5 kmpl while the naturally aspirated engine with a manual gearbox on the other hand delivers 19.17 kmpl. The same natural aspirated engine, when comes mated to a 5-speed AMT gearbox boasts an overall mileage of 19.03 kmpl which is definitely commendable. The Kiger Turbo is now the most fuel-efficient car in the segment and offers a great balance of performance and fuel efficiency. Needless to say, no diesel motor is on offer with the Renault Kiger.

The Tata Punch is one of the latest products to be launched in the Indian market and is positioned as a micro-SUV in the brand's portfolio. The car not only boasts an SUV like character but also offers commendable capabilities. Despite having a smaller footprint, the Punch offers a similarly powerful engine and gives tough competition to the Magnite and the Kiger as it too is priced in a similar price bracket. The Tata Punch delivers a claimed mileage of 18.97 kmp for the manual variant while the AMT variant gets a claimed ARAI mileage of 18.82 kmpl. No turbocharged engine is currently being offered by the brand but we do expect a turbo variant of the Punch to be introduced soon in India.

Also Read: As Many As 10 New Tata Electric Vehicles to Launch in Near Future

Just like the Kiger, the Nissan Magnite too gets two engine options that include a 1.0-L NA and a 1.0-L turbo engine. Speaking of the manual variants first, the car gets a claimed fuel economy of 18.75 kmpl and 20 kmpl respectively for the naturally aspirate and turbo engines respectively. The turbo CVT automatic variant on the other hand delivers a claimed fuel economy of 17.7 kmpl. The Magnite and the Kiger are powered by similar engines and boast similar performance figures. A quick comparison is given below in the table:

The Renault Kiger price starts from INR 5.64 lakh (ex-showroom, Delhi) for the base variant is being offered as one of the most VFM offerings in the segment. The Nissan Magnite too is offered at an aggressive price and is priced from INR 5.71 lakh for the base variant. The Tata Punch on the other hand is the most affordable car here and is priced from INR 5.49 lakh (ex-showroom, Delhi). All three cars are priced aggressively and offer a great package to the buyers.

In terms of fuel economy, the Kiger definitely has an edge over the other two rivals and also offers manual as well as turbo variants with turbo as well as NA engines. The Nissan Magnite on the other hand offers a more useful features list, a better design, and a more appealing package. The Tata Punch on the other hand offers much better capabilities and better safety ratings when compared to the Magnite and the Kiger. In addition to this, the Punch is the only car in the segment to miss out on a turbo variant right now.

So, what are your views on the Nissan Magnite Vs Tata Punch Vs Renault Kiger mileage comparison? Do let us know through the comments section below. Also, join our 91Wheels Telegram and 91Wheels Whatsapp group to know more about vehicles, conduct discussions on your favourite ride and much more! Also, you can subscribe to our Youtube channel for video content on the latest from the world of cars and motorcycles. Also, connect with us on Facebook, Instagram, and Twitter for more about vehicles! 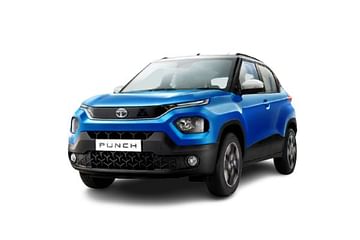