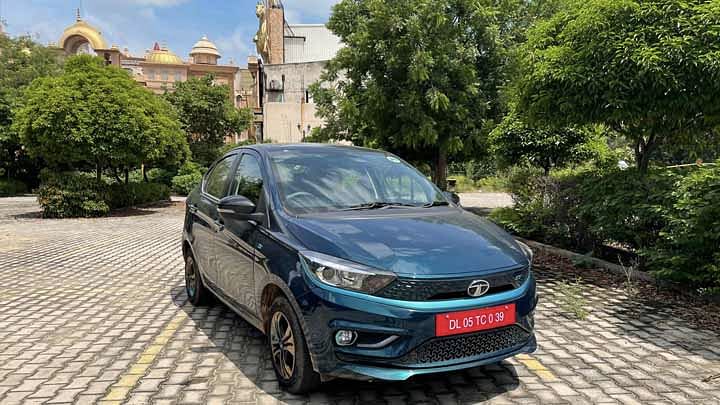 The future is electric  Now, this is a phrase that you might have already heard a gazillion times and while it did hold true until a few years back, it would be only appropriate to say that its the present that needs to go all-electric. However, other than the limited EV-charging infrastructure, two of the biggest issues that have kept most away from taking the plunge into the world of electric cars are the high purchase price of these vehicles and the range anxiety.

Come to think of it, until last year, the Hyundai Kona EV and MG ZS EV used to be the only electric cars available in the mainstream market. Priced at over Rs 20 lakh apiece, these models are way out of reach of an average Indian car buyer. However, things did change a bit with the advent of the Nexon EV, which, today, accounts for more than half the electric car sales in the country. However, with prices starting from Rs 14 lakh, ex-showroom, its still not on the radar of B2-segment hatchbacks or sub-compact SUV buyers.

Things, however, look set to change a tad bit with the introduction of the 2021 Tigor EV. While the Tiago-derived sub-compact sedan became the first recipient of the all-electric hardware and thus, went on to serve EESL and fleet operators, its only now that the car has been made available to the private car market. Also, it has received the carmakers much-publicized Ziptron tech for higher performance and longer range. Moreover, with prices starting from Rs 11.99 lakh, ex-showroom, its definitely in the crosshairs of top-end trims of premium trims of many upper-B and lower-C segment models. So, do we finally have an electric car for the masses? Find out in our 2021 Tata Tigor EV review below.

Sedans derived from hatchbacks are often not the prettiest sight, especially with the proportions going for a toss. Getting the aesthetics of such cars right is something that many carmakers have tried but only a few have succeeded. The Tigor, however, definitely makes for a good example of how to convert a hatchback into a sub-4-metre model that qualifies to be called a sedan.

The Tigor was first launched in March 2017 and received a mid-cycle facelift early last year. With the introduction of the mid-cycle update, the sub-compact offering gained a refreshed nose and a handful of other minor revisions that work well together to help the Tiago-derived model with a more upmarket identity. However, it's the MY2021 Tata Tigor EV that's easily the best-looking iteration of this notchback-style entry-level sedan.

The front-end of the Tigor EV for the private car market gets an Altroz-like grille that's, of course, shut off in typically EV fashion. Also, new to this electric car is a Signature Teal Blue paint shade that's exclusive for this model. The only other colour option on offer is that of Daytona Grey. The grille panel features the carmaker's signature tri-arrow pattern and the same design motif can be found even on the lower air dam's mesh grille. The front bumper looks quite sporty and has a pronounced diffuser.

The side profile stays much the same but carries Hyperstyle wheels. These, like the DuraAlloy wheels of the Tiago NRG, are steelies that come with a wheel cover to mimic the look of the mags. The rear-end stays mostly untouched except for the blue accents, EV badge and Ziptron branding. The highlights of the styling package at the posterior include a prominent roof spoiler and shark-fin antennae. One can even choose a dual-tone treatment that brings in a black roof and ORVMs by paying Rs 15,000 over the base price of the XZ+trim.

Akin to the exterior, the interior is highly reminiscent of the ICE version unless you focus on the rotary knob that has replaced the standard gear lever or the various blue accents strewn across the cabin. Even the seat upholstery features the blue highlights and the tri-arrow pattern, while the digital speedo cluster feels more premium with coloured font and additional EV-specific info. It even features new gauges for battery regeneration and motor power being used.

In a manner typical of Tata Motors models, the Tigor EV offers a spacious cabin with a sufficiently big greenhouse. While the battery pack rests under the floor, the amount of legroom on offer here is the same as what you get on the ICE version. The boot space, however, has taken a hit owing to the spare wheel eating into around 100-litre of boot volume. The Tigor EV offers 316-litre luggage carrying capacity in comparison to the 419-litre offered by the regular version. That said, it's still more than the 255-litre space offered by the X-press-T taxi-spec Tigor EV.

Propelling the 2021 Tata Tigor EV is a permanent magnet synchronous motor that has been positioned up front and powers the front axle. This motor gets its juice from a 26kWh battery pack and outputs a maximum of 75hp and 170Nm. You can drive the Tigor EV in either regular or Sport mode by selecting S through the rotary controller that has replaced the traditional gear knob. The performance on offer is quite impressive, though, its not in the league of the e-Nexon. If company figures are to be believed, this car can sprint from 0 to 60 kmph in just 5.7 seconds, which is very achievable if you take into account the availability of peak torque right from the get go.

Thanks to this, the 2021 Tata Tigor EV offers a rather punchy performance as soon as you start driving. This is, basically, in a stark contrast to similarly priced ICE vehicles that take their own sweet time to get into the meat of their power band for offering maximum grunt. Even the NVH (Noise, Vibration and Harshness) is well under check and at moderate speeds, one might even take some time getting used to the eeriness of the silent operation.

The sub-compact offers a claimed range of 306km but expect no more than 230 km in real-world conditions. Of course, the figure can go higher if youre driving on the expressway but even then, anything close to the claimed range could be very tough to achieve. Fortunately, one can charge the battery pack from 0 to 80 per cent in just 65 minute using a 25kW fast charger. Through a regular charger, the car takes about 8 hour and 45 minutes to charge from 0 to 80 per cent.

Of late, most Tata cars have struck a good balance between offering a plush ride and sporty handling characteristics and things are no different with the 2021 Tata Tigor EV. In fact, the Tigor EV offers even better dynamics than its ICE sibling. The steering weighs up well as the speeds rise, though, the weight does feel a bit artificially induced. However, as the car benefits from a low centre of gravity, the body roll stays well within the limits. On the flip side, the suspension feels a bit firmer due to the several hardware changes that have been made to the Tigor. What this means is that the ride, particularly, at low speeds, is slightly firm and the occupants would even complain of discomfort if youre not careful over the sharp undulations

With the launch of the 2021 Tata Tigor EV, the home-grown carmaker has made a great effort to not just make electric cars a lot more accessible but also help reduce the range anxiety issues through offering a decent range. Unfortunately, however, the EV-charging infrastructure is still under-developed in most parts of the country, which means while the Tigor EV could make for a good urban runabout and even a decent second car, it still cant take place of an ICE vehicle. So, basically, it would be only apt to say that the regular application of Tigor EV is limited not by its capabilities but only by the lack of infrastructure required to support electric cars. However, all said and done, the 2021 Tata Tigor EV is definitely a big step in the right direction as Tata Motors could have just paved the way for other carmakers to follow with their versions of affordable electric cars.

So how do you like our 2021 Tata Tigor EV review? Do tell us in the comment sections below. Also, make sure you are a member of our 91Wheels Whatsapp group where we bring you all the latest updates related to the Indian Automotive Industry. 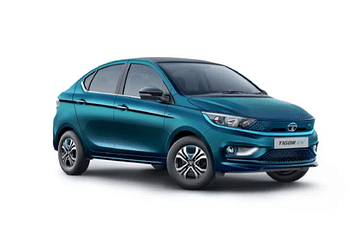 Offer will expire in 3 days