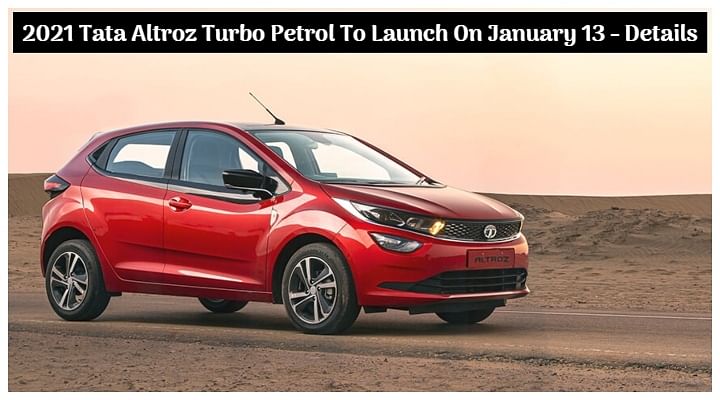 First of all, starting with the powerplant, so the new Tata Altroz Turbo will be powered by a BS6-compliant 1.2-litre turbocharged petrol engine. This turbo petrol motor will churn out 110 PS of maximum power at 5500 RPM and 140 Nm of peak torque between 1500-5500 RPM. The engine will come mated to Tata Motors' TA65 manual gearbox which is a five-speed unit. The company will also introduce a 7-speed (DCT) dual-clutch transmission with the Altroz at a later point of time or else it might be now offered from the day-one of launch too. This 1.2-litre turbo petrol motor is the same engine that also does its duty in the Nexon but in a different (higher) state of tune.

Why Tata Motors is introducing turbo petrol mill in the Altroz? The answer to this question is very simple! Since its launch, the Altroz has been offered with two different engine options. One of them is a BS6-compliant 1.2-litre, naturally-aspirated, three-cylinder Revotron petrol engine that churns out 86 PS of power and 113 Nm of torque. The other mill is a BS6-compliant 1.5-litre, four-cylinder, turbocharged Revotorq diesel engine. This diesel motor churns out 90 PS of power and 200 Nm of torque. Both these engines come mated to a 5-speed manual gearbox and there is no automatic transmission on offer. Now, while the diesel motor is very good, the naturally-aspirated three-cylinder petrol mill of the Tata Altroz is average at best, considering it is a premium hatch and the rivals offer better petrol engines.

Also Read: Nine New Triumph Motorcycles Coming To India In The First Half Of 2021 - All Details

Thus, a nice turbocharged petrol engine and a new automatic transmission were much needed in the Altroz and Tata Motors is going to just do that to make the Altroz a more compelling buying package, not just for the regular car buyers but also for the enthusiasts. The new Altroz Turbo Petrol won't get any features but it might get some sporty inserts and it will get a new Blue colour variant. The upcoming Tata Altroz Turbo Petrol will directly rival against the Hyundai i20 Turbo and the Volkswagen Polo. What are your thoughts on the upcoming 2021 Tata Altroz Turbo Petrol and are you excited for its launch? Feel free to share your thoughts and opinions with us in the comments section below. You can also join our 91Wheels Auto Enthusiast Telegram group (click via mobile to join) curated exclusively for the fans, enthusiasts and the owners. Further, do subscribe to our YouTube channel for more such amazing motoring updates.