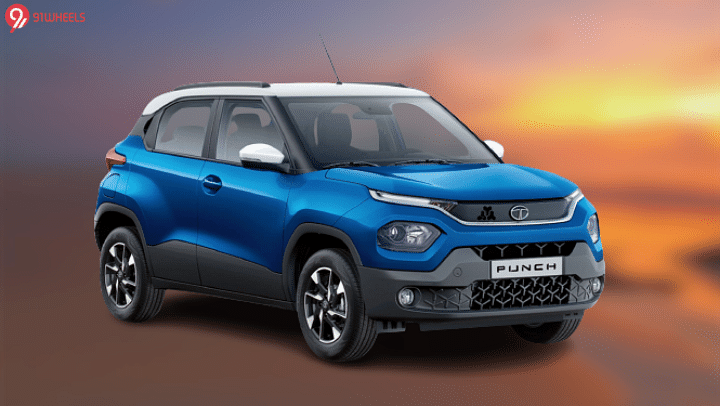 Tata Motors recently launched another compact car, Punch in the market. Its uses a 1.2-litre Revotron petrol engine that is used in Altroz, Tiago, and Tigor. The company claims Punch to be one of the safest cars in India as it was able to achieve a 5-star rating in the Global NCAP crash test. The company has already launched CNG variants of the Tigor and Tiago - READ OUR REPORT and next in line seems to the Punch CNG later this year.

Tata has now changed its strategy and is now focussing more towards grabbing a higher market share. The company is already Indias second largest automotive manufacturer and the company is targeting to become the top most brand in India within some years. CNG cars will surely be on its radar for 2022 and 2023.

The Punch iCNG will also be powered by the same 1.2-litre Revotron three-cylinder petrol engine but the power and torque figures will vary as CNG cars are not that powerful if compared to the normal petrol and diesel ones. The upcoming CNG Punch is expected  to churn out 75PS of maximum power and 95 Nm of peak torque. The car is expected to only come mated with a five-speed manual gearbox only and the AMT version will not be there. Like the recently launched Tiago CNG and Tigor CNG, the Punch CNG will also retain its normal 37 litre petrol tank, thereby giving a combined range of almost 1000km at highway speeds.

Tata Punch has a bold SUVish design language that looks more like a mini version of Harrier/Safari. It comes with projector headlamps and LED DRLs and newly designed LED tail lights. To make the car look more attractive it runs on 16-inch diamond cut alloy-wheels and stylish roof rails.

In the Indian automotive industry only Maruti Suzuki and Hyundai were the only companies that offer CNG variants with its cars; however, Tata is the third one to introduce CNG vehicles as well. That said, the company is already about to launch the above-mentioned models with company fitted CNG kits and is also planning to launch Punch in CNG as well. As the youth is getting more environment friendly by adapting electric mobility, the industry is also focussing on introducing CNG vehicles as they are much more fuel-efficient and economical also.

Tata Punch iCNG will be one of the most affordable cars that will be available in the Indian market at such a price tag. Not only this but it will also be one of the safest cars available in the market. With the installation of CNG kits the biggest complaint received is about the boot space whereas Tata is planning to offer a big boot that will still be there even with a CNG tank. Tata Punch CNG is expected to be Rs 80,000 to Rs 1,00,000 costlier than the petrol variant and might be launched from around Rs 6.5 lakhs (ex-showroom, Delhi) onwards.

Tata will not change the looks and design of the Punch and will just install a CNG kit in the existing one. To differentiate the cars from each other, the CNG variant will have a iCNG badge on its boot otherwise it will get difficult to recognize whether its a petrol one or a CNG variant. The car is expected to be launched by the mid of 2022. Along with this, Tata has also announced the entry of the Dark Edition Safari and is also about to launch an AMT variant of Altroz.

Jour 91Wheels Telegram and 91Wheels Whatsapp group to know more about vehicles, conduct discussions on your favourite ride and much more! Also, you can subscribe to our Youtube channel for video content on the latest from the world of cars and motorcycles. 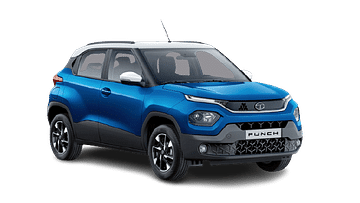