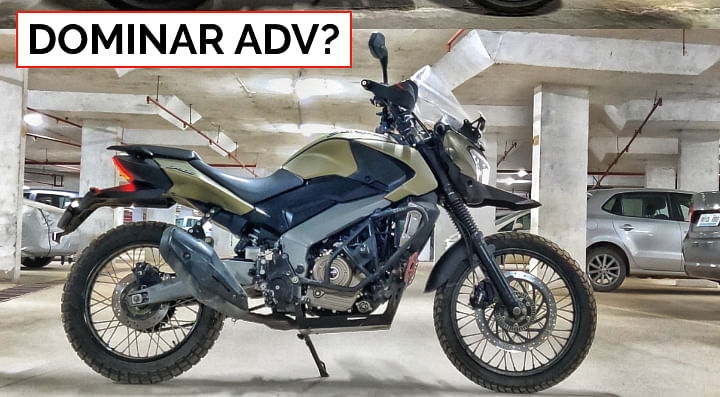 We don't have many specimens of hardcore offroad motorcycles in India. Hero Motocorp was the first manufacturer in India to light up this niche. The Impulse was the first offroad motorcycle in India but it never took off owing to its weak engine. Royal Enfield launched the Himalayan and it was quite popular at that time. KTM also launched the 390 Adventure but the bike isn't very offroad friendly because of its engine's characteristics.

We all know that Dominar 400 is a perfect sports tourer and the best bike in its segment to gallop miles like no other. But what if we tell you that a meticulously modified Dominar which can munch miles relentlessly and can also live up to your urge of the weekend adventure? Javed Anwar from Chandigarh has made it possible with its 2017 Dominar and it is a serious KTM 390 ADV killer. This modified Bajaj Dominar Adventure is like none other.

It's not been an easy job converting a sports tourer into an offroad monster while retaining its main credentials. It took near 3 months since the job was embarked. The main credentials the owner wanted the updated bike to have was offroad tyres, spoked rims, raised ground clearance, centre-set footpegs, comfortable riding position with compatibility to stand while offroading. Let's see what has changed and what hasn't!

Both the alloy rims have been replaced with spoked rims - 19-inch at the front and 18-inch at the rear. Leading to the bigger spoked rims and chunky offroad tyres, there was no need to change the suspension as it had gained enough height to tackle anything and to take the unknown rocks in the path, it has got a custom bash plate and engine cover which protects the engine. The front rim is shod with Ceat XL Gripp 19/90/90 rubber whereas the rear one is shod with JK Tyre' offroad tyre.

The front suspension has been reworked to tackle off-the-road abuse and the rear mono-shock has been replaced with the 2019 Dominar UG' unit and that has also been adjusted in line with the rider's weight. Fret not, there is Akroprovic growling under the seat as it does well with the standard exhaust but that has also been rerouted to increase the ground clearance and cut the chances of bottoming out on uneven surfaces. To improve the standing riding position, the whole footpegs assembly has been replaced with a custom unit. Now it's obvious if the seating and footpegs position is changed, the handlebar should be tweaked too for a comfortable experience. Hence, both the handlebar and front suspension has got aftermarket raisers.

As Dominar is a touring bike, it doesn't have the low-end grunt you'd expect from an adventure motorcycle. To fix this problem, rather than fiddling around with the engine and ECU, this modified Dominar ADV has got a new bigger rear sprocket which aids the gearing ratios. All these mods make this modified Dominar ADV a proper offroad monster and the headlight assembly copes up with that character it has gained. It can munch miles like the regular Dominar and can also devastate the legacy of Xpulse and Himalayan off-the-track. What about the KTM? Why don't you tell us in the comments below! 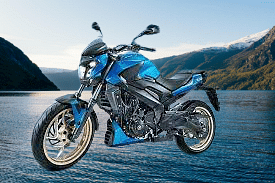