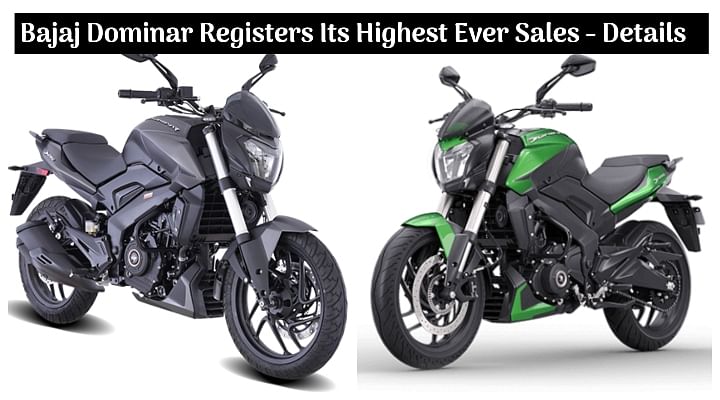 Updated on May 15, 2021 - Bajaj Dominar is a very popular motorcycle series in India. It is loved by adventure enthusiasts. Recently, Bajaj Auto launched new colour variants for the Dominar 250, click HERE to have a look at them.

The Bajaj Dominar 400 has always been a decent seller, at best. Yes, it never continued to sell in great numbers for long but it wasn't performing too bad too. However, with the introduction of the new quarter-litre Bajaj Dominar earlier this year, the entry gate to the world of hyper riding has become much more accessible than before. The Dominar 250 costs around 35,000 rupees less than its elder sibling - Dominar 400. Yes, the D250 does miss out on some equipment, gets a less powerful engine, etc. But, that's fine as it is priced significantly lesser than the D400. This has worked in Bajaj's favour and the Dominar 250 has been able to garner good numbers for the brand.

In this table below, we have listed for you the monthly sales figures of the Bajaj Dominar 400 and the recently launched Dominar 400 for the calendar year 2020 (upto October) to give you a clear idea of the Dominar's market:

As you have seen in the above table, while the Dominar 400 could achieve the four-digit sales mark only in October this year, the Dominar 250 has been selling in good numbers consistently since June 2020 (as unlock 2.0 came into effect from June). Also, please do note that the Dominar 250 was officially launched in India in March this year. But, according to the sales figures, two units of the D250 were shipped even before its official launch. Now, talking about these motorcycles, the new Dominar 250 is powered by a BS6-compliant 248.8cc, single-cylinder, fuel-injected, four-stroke, DOHC, four-valve, twin spark, liquid-cooled DTS-i engine. This motor churns out 27 PS of power at 8500 RPM and 23.5 Nm of peak torque at 6500 RPM. The engine comes mated to a 6-speed manual gearbox.

Talking about the new Bajaj Dominar 400, it is powered by a BS6-compliant 373.2cc, single-cylinder, fuel-injected, four-stroke, DOHC, four-valve, triple spark, liquid-cooled DTS-i engine. This motor churns out 40 PS of power at 8800 RPM and 35 Nm of peak torque at 6500 RPM. The engine comes mated to a 6-speed manual gearbox. Talking about their prices, the new Dominar 250 BS6 is currently priced at Rs. 1.65 lakhs while the Bajaj Dominar 400 BS6 retails at Rs. 1.97 lakhs. All prices stick to Ex-showroom Delhi. What are your thoughts on this performance of the Dominar? Do share with us in the comments section below. You can also join our 91Wheels Auto Enthusiast Telegram group (click via mobile to join) curated exclusively for the fans, enthusiasts and the owners. Further, subscribe to our YouTube channel for more such amazing motoring updates. 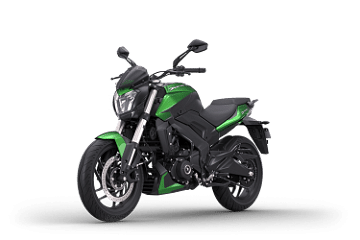