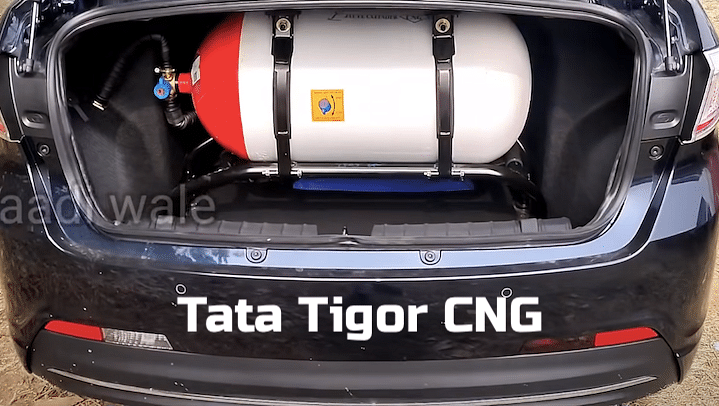 UPDATE - the cars are now on sale. Read OUR REPORT.
January will witness ample new car launches and these include CNG variants of the Tata Tiago hatchback and Tigor hatchback. We will be driving these cars later this month and our review will go live here as well as on our Youtube Channel. While the company will launch the cars officially on the 19th January, here is a walkaround review of the Tata Tigor CNG at a dealership stockyard.

As per Gaadi Wale, this is the XZ variant, and hence not the top end. As expected, you can make out that the car is not fitted with alloy wheels. The only differentiating element we can make out are two things - the CNG sticker on the rear windshield and i-CNG logo on the boot lid. We feel 'i' here stands for 'intelligent' and Tata uses the same for the Turbo Altroz as well. As seen in the video, despite of the CNG tank in the boot, there is decent amount of space for two small suitcases. Do note, the stock boot capacity of the Tata Tigor stands at over 400 litres.

On the inside, this Tata Tigor CNG XZ gets a digital speedometer display, just like the normal petrol model. There is a CNG indicator in the display. The car also gets a touch screen infotainment system and below that is the button to switch over to CNG mode. The car continues to use the same 1.2-litre engine and we are assuming there will be 10-15% drop in power and torque figures as compared to the normal model. When launched, the Tata Tigor CNG will compete with CNG variants of the Maruti Dzire and Hyundai Xcent.

We expect a price hike of about Rs 60-70,000 over the normal petrol variants of the Tigor. Are you looking forward to CNG cars? Let us know in the comments section below. Also, to stay tuned and to remain updated, join our 91Wheels Telegram and 91Wheels Whatsapp groups. Also, you can subscribe to our Youtube channel for video content on the latest from the world of cars and motorcycles. 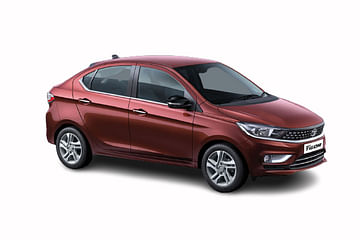