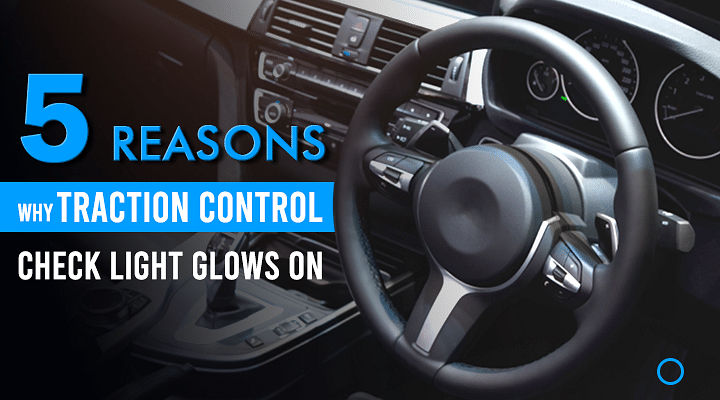 Also Read: Renault Kiger vs Magnite vs Sonet vs Nexon vs Venue vs XUV300 vs EcoSport vs Vitara Brezza - Spec Comparison

Defective Steering Angle Sensor - Another component of the steering system which is required for effective manoeuvrability is the steering angle sensor. Placed in the steering column, it is used to detect the direction of the movement of the car. If this sensor fails, the traction control system will be unable to detect the very direction and catches it as an error, resulting in turning on the check light of the traction control system.

So, these were the top five reasons why the traction control check light glows on in a car. Have you ever faced any such problem with your car? Do feel free to share your opinions with all of us in the comments section below. You can also join our 91Wheels Auto Enthusiast Telegram group (click via mobile to join) curated exclusively for the fans, enthusiasts and owners. Further, subscribe to our YouTube channel for more such amazing motoring updates.