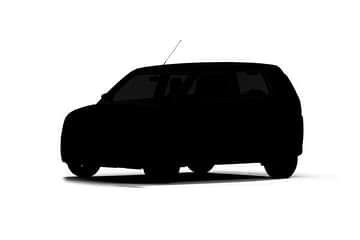 XL5 is a SUV car from Maruti Suzuki. Maruti Suzuki XL5 is expected to be launched at a price of Rs. ₹ 6.00 Lakh in Indian automobile market.

Last Updated on 5th Sep'22:  We expect that the XL5 will be a potential rival to the popular Tata Punch. This small SUV from the carmaker is expected to be available in both MT as well as AMT gearbox option.

While the XL6 is attracting huge numbers and is based on the Ertiga, the XL5 will be a totally different car and it will be sold via Nexa dealerships. The launch of the vehicle is not expected soon. The new Maruti Suzuki XL5 is expected to be launched by the second half of 2022 as a premium NEXA offering. It would be pitched against the likes of the Renault Kiger and Nissan Magnite.

What do we expect?
We expect MSIL to pitch it as a premium offering with features class apart when compared to the first cousin, WagonR from the Maruti Suzuki Arena offerings with an appealing design language. It would be based on the Heartect Platform with proportions similar to that of the WagonR with an updated front and rear fascia.

Maruti XL5 Expected Powertrain
XL5 is expected to be equipped with K series petrol engine options of 1 litre and 1.2 litre which deliver excellent fuel efficiency, with decent amount of power and torque, with both automatic and manual variants on offer, with an optional factory fitted CNG kit. The same engine being used in the Maruti Suzuki stable is to be tuned differently when compared to the Celerio and S-Presso.

Maruti XL5 Safety Features
The XL5 is expected to get a safety equipment package similar to that of the WagonR. Both these vehicles get ABS with EBD, dual-front airbags, rear parking sensors, a rearview camera and ISOFIX child seat anchorages as standard.

Maruti XL5 Expected Price and Launch Time
Maruti has not revealed any official information around the XL5. However, we think it might make it to India this year. The tentative price bracket of the upcoming model would be in the bracket of Rs 6-8 lakh. It was expected to debut in the Auto Expo, however the plans for this event were called off because of the pandemic.