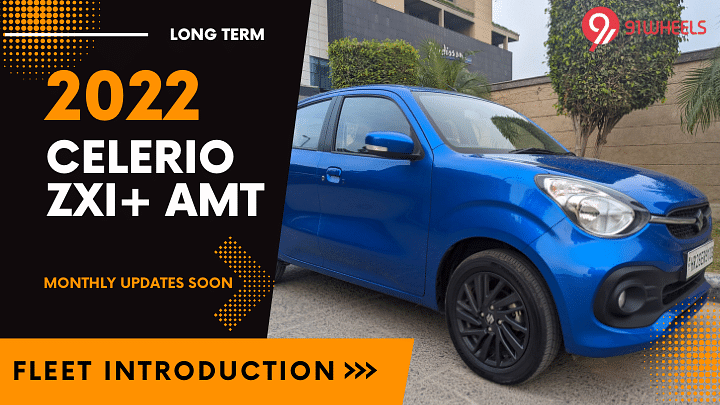 On September 4th, Team 91Wheels received the Maruti Suzuki Celerio ZXI Plus AMT as a long term vehicle, and since then, Shipranshu Pandey has been driving the Celerio as his daily driver. Here is Shipranshu's report on his month-long driving experience. We got the Celerio ZXI Plus AMT with an odometer reading of 1,955 km and now it reads 2,660 km.

The Maruti Suzuki Celerio ZXI Plus AMT is a straightforward car. This curved hatchback looks good in Speedy Blue, and the 15-inch blacked-out alloy wheels create a striking contrast. There are lift-style door handles available, but the passive entry button for keyless access is strangely located on both of the front doors. Although it is useful for the driver and passenger to enter the car on a daily basis. The electric folding ORVMs of the Celerio are another useful feature.

The Celerio's interior is quite stylish and appealing. The dashboard has a semi-digital instrument control and a 7-inch touchscreen infotainment display. The addition of Apple CarPlay and Android Auto to the Celerio ZXI Plus is a boon. Maruti Suzuki has also given consideration to interior practicality as well. Every door of the Celerio has a bottle holder that can easily hold a one-liter bottle. Two cupholders and little cubby places to store your phone and keys are also included in the centre area. It has manual HVAC controls which effectively chill the cabin underneath the touchscreen console. A USB connector and a 12V charging plug are located underneath the AC controls.

The rear seats are nice but not the greatest; the front chairs have good padding and are comfortable. The integrated headrest at the front and back seats is one feature that I personally didn't like. The thick A-pillar does limit the view to some extent, but the front visibility is fantastic.

A 1.0-liter, 3-cylinder, K10C Dual VVT engine powers the Celerio. The engine is capable of producing a maximum torque of 89 Nm and 66 bhp of power.  For the version we have with us, this engine is paired with a 5-speed AMT transmission. Although it is not as smooth as a CVT, the AMT does well for city driving. When driving lightly on the accelerator, the gear shift is usually precise and upshifts to around 1,9002,000 RPM. If you use more power, you'll reach 4,5005,000 RPM and then the upshift will take place. The engine performance of the Celerio AMT will do the job properly if you are a calm driver who prefers to drive at low speeds.

Despite the Celerio ZXI Plus AMT's 26 km/l mileage rating, I was able to get an average of 18 to 19 km/l while driving in city traffic with the AC on. The idle start-stop technology is effective; it turns off the ignition when the vehicle comes to a stop and restarts when you raise your foot off the brake.

The riding quality of the Celerio is decent but not outstanding. A minor pothole or bump won't bother the suspension because it is calibrated properly. Higher speeds cause it to hit potholes strongly and you can feel the load on the suspension. The NVH levels could have been better because the cabin could easily pick up on road noise. Maintaining your hand on the steering wheel is important because the steering occasionally feels dead and doesn't fully return to its original position.

With a regular monthly sales of about 7000 units, the Celerio remains a popular mid-size hatchback in India. The new jelly bean design, an extremely frugal engine and easy to drive manners impressed us as well during the official drive event. The car has now entered our long term garage for the next three months and all the team members look forward to the convenience of an AMT along with the frugal K10C engine.

Our long term Celerio will be used by various team members including Shipranshu, Tejen and Jatin. We will be bringing you monthly updates right over here. On a previous occasion when the car came to us, I did a hypermiling fuel economy test that saw the Celerio deliver an astonishing fuel economy. The video can be seen before

Likewise, we also did a real world test with four people on board. This video covered various aspects from family usage point of view including performance, comfort, space and practicality. You can watch this video by clicking the play button below.

Over the next 90 days, our long term Celerio ZXi Plus AMT will be used in various conditions by multiple drivers. The aim will be to bring you a transparent 'ownership' experience so that you can make an informed buying decision. Stay tuned! 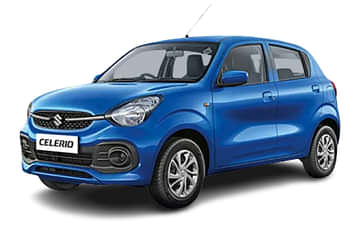