Updated On: 14 December 2022, By Shipranshu Pandey

UPDATE ON 13 DECEMBER 2022: Two new cars have joined the list of vehicles in India with a five-star safety rating under Rs 20 lakh. The Volkswagen Virtus, a vehicle made in India, just got a 5-star rating in a Latin NCAP crash test. Another car is the Mahindra Scorpio N which receives a 5-star rating from the Global NCAP crash test.

In June 2022, Volkswagen Virtus made its debut in India. The Global New Car Assessment Program (GNCAP) has not yet tested the sedan, although the Latin NCAP has crash-tested the Mexican-spec Virtus, which is made in India. The Virtus has performed well in the crash test and received 5-star safety rating. The car received a 92% rating for both adult and child passenger safety in the Latin NCAP test. On the other side, the ratings for safety assistance and pedestrian protection systems are 53% and 85%, respectively. A 1.0-liter turbo-petrol and a 1.5-liter turbo-petrol engine are available for the VW Virtus. While the latter only has a 7-speed DSG transmission, the former is paired with a 6-speed manual and 6-speed torque converter automatic transmission.

Since its June introduction, the Mahindra Scorpio N has been a highly popular SUV. Recent GNCAP crash testing resulted in a rating of 5 stars for adults and 3 stars for child safety for the Scorpio N. The Mahindra Scorpio N received scores of 28.93 out of 49 for child safety and 29.25 out of 34 for adult protection according to the GNCAP test criteria and procedures. These factors enabled the automobile to receive a 5-star rating for adult safety and a 3-star rating for kid safety, respectively. The Scorpio N comes with a 2.0-litre petrol and a 2.2-litre diesel engine mated with a 6-speed manual and automatic transmission.

India is one of the world's largest markets for automobiles, and buyers are now prioritizing car safety when making a new purchase. Some safety measures in new vehicles are now mandated by the government. The attention of the manufacturers is now shifting to safer vehicles. The GNCAP or NCAP crash test, which assigns points based on a variety of parameters of the vehicles, is used to evaluate the safety of automobiles. One of the most popular car segments in the nation is the Rs 1020 lakh range. We'll look at the cars with 5-star safety rating in India that are just under Rs 20 lakh in this article.

Tata Punch is one of the most safest and affordable SUV in India. The Punch scored 16.45 out of a possible 17 points for adult safety in the NCAP crash test, earning it a 5-Star rating. It received 40.89 out of a possible 49 points for kid safety. Two front airbags, ISOFIX seat mounts, seat belt pretensioners, ABS with EBD, brake sway control, an auto headlight, and other safety features are all included in the Punch's safety kit. The Punch has a 1.2-liter petrol engine that can generate a maximum torque of 113 Nm and 85 bhp of peak power. There is just a 5-speed manual transmission available with this engine.

Tata is concentrating on building safer cars for the Indian market, and the company's premium hatchback Altroz has also received a 5-Star NCAP crash test certification. For adult safety, the Altroz received a score of 16.13 out of 17, while for kid safety, it received a score of 29 out of 49. The safety features included in the Altroz are dual-fron Airbags, ABS wih EBD, ISOFIX seat mount, rear parking camera and other safety featurues. The Tata Altroz offers 1.2-liter NA petrol, 1.2-liter turbo turbo, and 1.5-liter diesel engine options. The Altroz is priced between Rs. 6.34 lakh (ex-showroom) to Rs. 10.24 lakh (ex-showroom).

One of the top-selling SUVs from Tata Motors, the Nexon, is another vehicle on the list.  The Nexon has been given a 5-Star NCAP crash test rating. The Nexon scored 25 out of a possible 49 points for kid safety and 16.06 out of a possible 17 for adult safety. Dual front airbags, ABS with EBD, ESP, traction control, hill hold control, and other safety features make up Nexon's safety net. The Nexon has a 1.2-liter petrol engine and a 1.5-liter diesel engine. The Tata Nexon comes is priced between Rs 7.69 lakh (ex-showroom) to Rs 14.17 lakh (ex-showroom).

The entry-level SUV for Mahindra on the market is the XUV300. It includes a tonne of features, including many safety features. The SUV received a 5-Star NCAP crash rating, 16.42 out of 17 for adult safety, and 37.44 out of 49 for overall performance. Six airbags, all-four disc brakes, front and rear parking sensors, ABS with EBS, ISOFIX mounts, and other safety features are included in the XUV300's safety net. It comes with a 1.5-litre diesel engine, 1.2-litre turbo petrol and a 1.2-litre TGDi engine. The XUV300 is priced between Rs. 8.41 lakh to Rs. 13.92 lakh (ex-showroom).

Also Read: Mahindra XUV400 To Be Offered In 3 Variants - Here Are The Options

Both the Volkswagen Taigun and the Skoda Kushaq are constructed on the same platform and have the same characteristics and other attributes. The most recent vehicles to receive a 5-Star rating are the Kushaq and Taigun. These cars, which are built in India, scored 29.64 out of a possible 34 points for adult safety and 42.00 out of a possible 49 points for child safety. Both vehicles have multi-collision warning systems, up to six airbags, ABS with EBD, ESP, and other safety measures. When it comes to features, both vehicles have a 1.5-liter turbo-petrol engine and a 1.0-liter normally aspirated petrol engine. Price ranges for the VW Taigun range from Rs. 11.95 lakh to Rs. 18.95 lakh (ex-showroom). Price ranges for the Skoda Kushaq range from Rs. 11.59 lakh (ex-showroom) to Rs. 19.09 lakh (ex-showroom).

One of the most advanced and secure SUVs available in India is the Mahindra XUV700. In the NCAP crash test, the SUV achieved a 5-Star safety rating. The SUV scores 16.03 out of a possible 17 for adult safety and 41.66 out of a possible 49 for child safety. Seven airbags, ADAS, ABS with EBD, all four disc brakes, and other equipment make up the XUV700's safety net. The SUV has a 2.0-liter turbocharged gasoline engine and a 2.2-liter turbocharged diesel engine.

Verdict: In the event of an accident, vehicle safety is crucial. The brands are now putting more of an emphasis on vehicle safety, and buyers are doing the same. 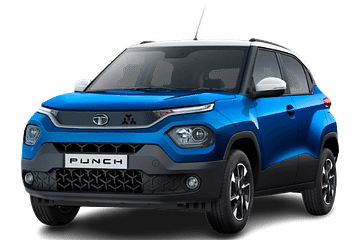